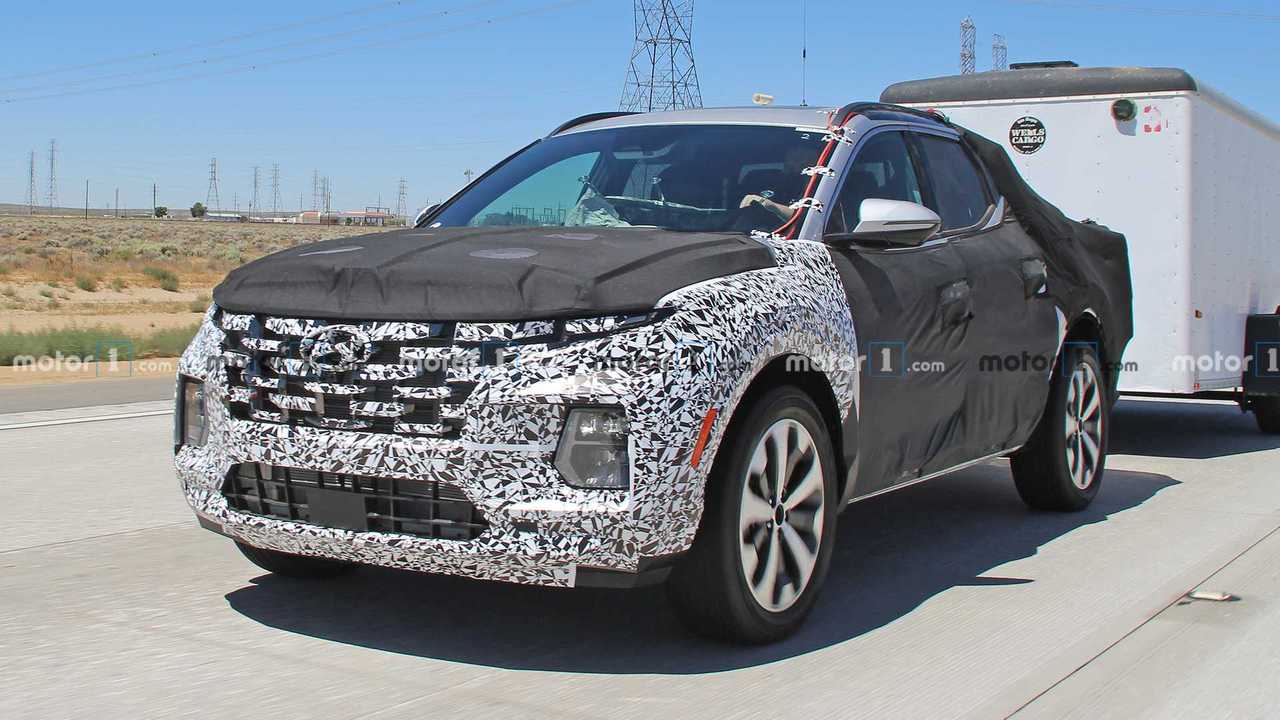 A company rep slid that tidbit into an online roundtable discussion on the new SUV.

The Hyundai Santa Cruz pickup will reportedly be based on the just-revealed 2022 Tucson small SUV. In a roundtable discussion with global members of the automotive media immediately following the debut of the Tucson, Hyundai Motor Group Head of Global Product Management Lorenz Glaab said the forthcoming Santa Cruz would share its platform with the small SUV.

We reached out to Hyundai for clarification and were told the company could not confirm that information at this time. As such, we’ll likely have to take Glaab’s response with a grain of salt. The statement immediately followed a question from a journalist in Australia, inquiring if the pickup would share anything with the new Tucson.

We’re not sure exactly how much of the platform would be common between the two – nor if it extends to the 2022 Tucson’s base 2.5-liter naturally aspirated inline-four and optional turbocharged 1.6-liter hybrid four-cylinder. Regardless, if true, the statement leads us to believe the Santa Cruz will be smaller than previously expected.

We first reported rumors that the two could be similar in July, but as recently as May we conjectured that it might be based on the Palisade or Santa Fe, targeting the Chevrolet Colorado and Honda Ridgeline. Lending credence to that suspicion is that the Santa Cruz will be produced at the same Alabama plant as the Santa Fe. However, Glaab's comments lead us to believe that it's possible the Tucson will be built there as well, moving to a US facility from a plant in Ulsan, South Korea.

Taking cues from the sharp-edged Tucson also leads us to believe that the Santa Cruz will be aimed more at the Ford Maverick than the Ford Ranger. Like the Maverick, the Santa Cruz will likely appeal to active families and young couples whose weekend plans involve city-adjacent mountain biking trails and developed campsites, not low-speed crawls through the local off-road park. And if it follows the Tucson’s suit, it should offer lots of impressive technology inside, including car-to-home communication, a digital instrument cluster, and a large 10.3-inch center touchscreen.

Try finding those features on any other small pickup.