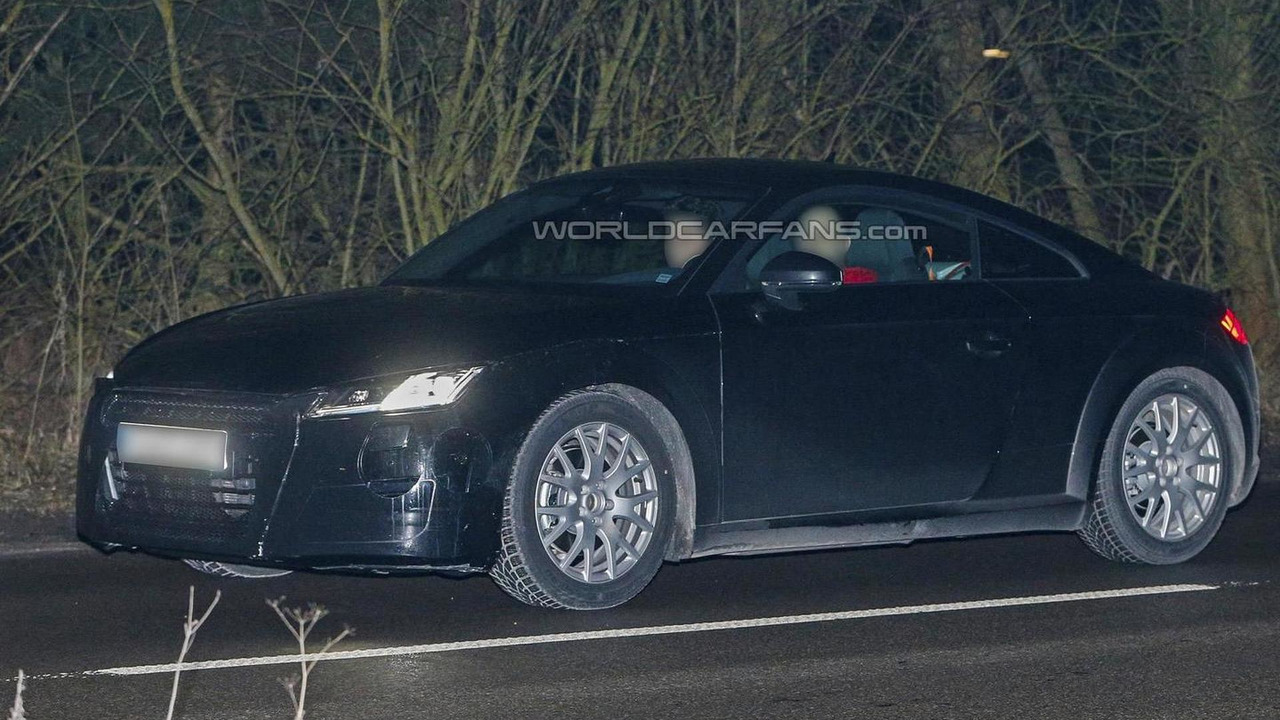 Our agile spies managed to take a few photos in the dark with a barely disguised 2015 Audi TT while conducting final testing somewhere in Germany.

Our agile spies managed to take a few photos in the dark with a barely disguised 2015 Audi TT while conducting final testing somewhere in Germany.

These are without any doubt the most reveal spy pictures with the third generation Audi TT which will adopt an evolutionary design closely echoing the outgoing model. It will look slightly sportier with those angry-looking angular headlights, a more raked windscreen and a prominent front grille. Other noticeable features include flared wheel arches and a dual exhaust arrangement.

Riding on Volkswagen Group's MQB platform, the 2015 Audi TT will be available with a varied engine lineup which will include a 180 HP 1.8-liter TFSI and a larger 220 HP 2.0-liter TFSI. Expect a TT-RS range-topping derivative with 380 HP (279 kW) coming from Audi's well-known turbocharged five-cylinder engine.

Most of the cabin has already been revealed last month at CES in Las Vegas and the highlight was on the massive 12.3-inch TFT display. Another interesting feature will be the climate control knob incorporated in the circular air vents. The interior will host a new flat-bottomed steering wheel along with a slender dashboard, aluminum trim, S sport seats and an updated center console.

The third generation of the Audi TT will be revealed next month at the 84th edition of the Geneva Motor Show.