We often dip a toe into the sprawling world of patent and trademark applications, where sometimes we find some interesting automotive tidbits. It can be a frustrating digital superhighway to navigate, but we know our way around the curves and that brought us to a couple of recent filings from Toyota. Specifically, we found trademarks for TX350 and TX500h filed on September 8.

We know this alphanumeric layout doesn’t fall to Toyota, but rather, the automaker’s upscale Lexus division. We also know the X designation denotes an SUV in the Lexus lineup, and h of course denotes a hybrid. 350 and 500 also exist as monikers in various Lexus model lines, both on the coupe and SUV side. 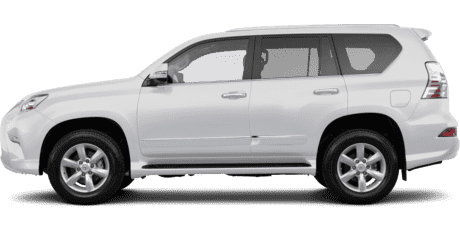 Our Take On The GX:

For starters, we’ve already heard a new flagship LQ SUV could enter the mix, either replacing or simply slotting above the LX. If we jump back several years, we also have an old report that Lexus was actually planning a GX replacement called the TX. Additionally, that report pinged the TX as a seven-seater unibody design versus the body-on-frame construction employed by the GX. Considering the vast majority of Lexus luxury SUV owners likely aren’t interested in the rugged off-road benefits offered by such construction, swapping it for a unibody three-row crossover certainly makes sense.

At this point, it’s all pure speculation. We’ve heard precious little from Lexus and we’ve had nothing in terms of spy photos for over a year. The filings are only at the US Patent and Trademark office, further suggesting this could be a U.S.-only model. And there’s always the possibility that Lexus is simply protecting its TX branding for possible future use.

Sources: US Patent and Trademark Office, 2