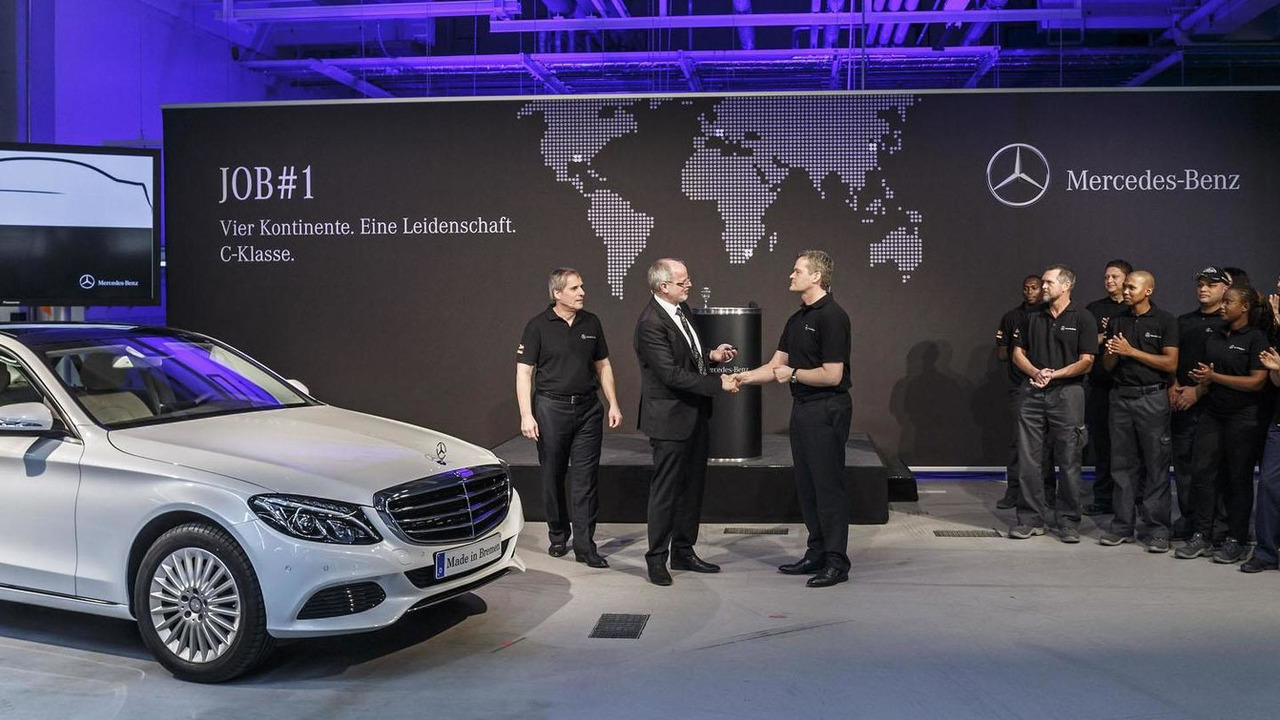 The first 2014 Mercedes C-Class has rolled off the assembly line in Bremen, Germany.

The first 2014 Mercedes C-Class has rolled off the assembly line in Bremen, Germany.

The company didn't have much to say about the model but the C-Class will initially be offered with three different engines including:

Production is just ramping up at Bremen but the model will eventually be built at three other plants in China, South Africa and the United States.

According to Daimler Chairman Dr Dieter Zetsche, "The new C-Class is setting new standards in the premium mid-range segment in a number of aspects – from design and perceived quality, driver assistance systems to lightweight construction. Just as important: We are also raising the bar in terms of production. Within just six months we will have ramped up production in four C-Class plants on four continents. With this, we are leading the way - a further milestone in our Mercedes-Benz 2020 growth strategy."