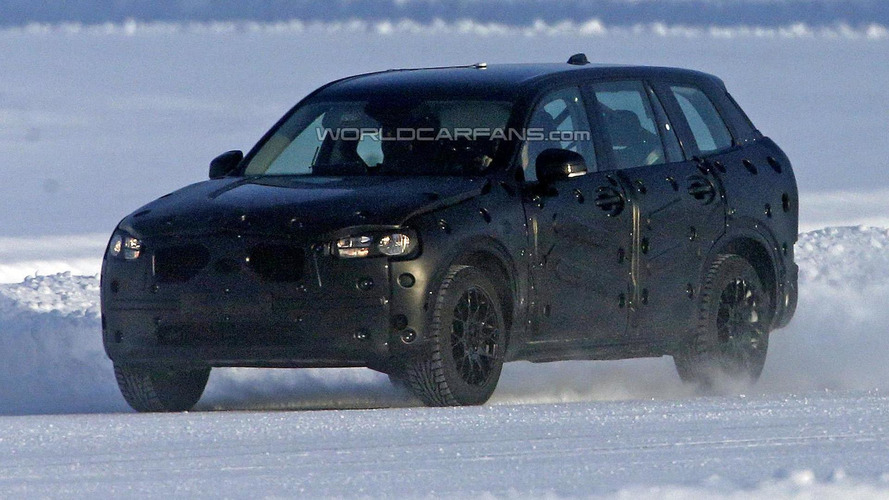 The all-new Volvo XC90 has been spied in Sweden wearing a production body, ahead of an official reveal scheduled for later this year.

The all-new Volvo XC90 has been spied in Sweden wearing a production body, ahead of an official reveal scheduled for later this year.

One of the most important Volvos in recent times is without any doubt the new generation of the XC90 which will ride on the company's newly developed Scalable Product Architecture (SPA). Power will be provided by a new range of Drive-E engines and since it's a Volvo it will come with a wide variety of safety systems such as: Adaptive Cruise Control with Steer Assist, smart seat belt pre-tension, Animal Detection, Road Edge and Barrier Detection With Steer Assist and Pedestrian Detection In Darkness.

Due to the extensive camouflage, the prototype doesn't provide any details about the design but it's not that hard to imagine how the Swedish SUV will look like since Volvo previewed the model last month at NAIAS with the Concept XC Coupe. We do know the new XC90 will be offered with a seven-seat layout and will go on sale in the United States as a 2016MY but a reveal will occur later this year.