This McLaren Speedtail Has Optional $130K Paint With Pulverized Diamonds

Redefining what special means in the automotive world.

With over 1,000 horsepower (745 kilowatts) and a top speed of 250 miles per hour (402 kilometers per hour), the McLaren Speedtail is the British automaker’s foray back into flagship vehicle production. YouTuber and car enthusiast Supercar Blondie takes us on a bumper-to-bumper tour of its coolest features.

Right from the start, it’s clear that the Speedtail has an air of James Bond–type secrecy. Rumors say that the British automaker has a secret lair in its Woking-based McLaren Technology Center just for prospective customers to spec their vehicles. Supposedly, a wave of your hand opens a secret door revealing the space where only 10 of the 106 customers have been.

As the starting price of the vehicle is around $2 million, it shouldn’t come as a surprise that there are some incredible options on offer – one of the flashiest being a pulverized diamond paint job that will set you back $130,000. Aside from the ostentatious exterior, the Speedtail features an interior homage to the McLaren F1’s three-seat arrangement of one centrally located seat in the front and two spots side-by-side in the back.

Also of note is a gold plated set of Snap-On tools located under the vehicle’s frunk. We know these are the ones to have but we’d wager a gold plated cell-phone to call the towing services would be a more suitable accommodation – should you break down with engine issues you’d be out of luck with the fact that only certified engineers can open the cover in the back. Should your vehicle remain operational, there is also room up front for bespoke McLaren luggage in any color of your choice. 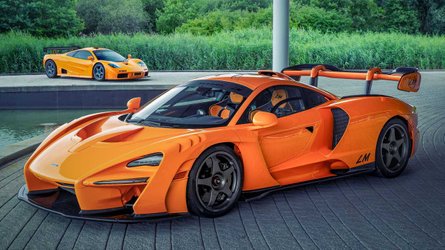 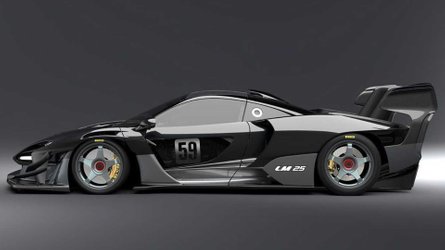 Tending to the elephant in the room, the Speedtail isn’t the fastest road vehicle on offer; while it’s the most aero efficient McLaren ever made, the Bugatti Chiron still has the better top speed of 261 miles per hour (420 kilometers an hour), compared to the British contender’s 250 mph (402 km/h). Regardless of which you’d have, the no-limits pursuit of blinding top-speed numbers remains alive and well.