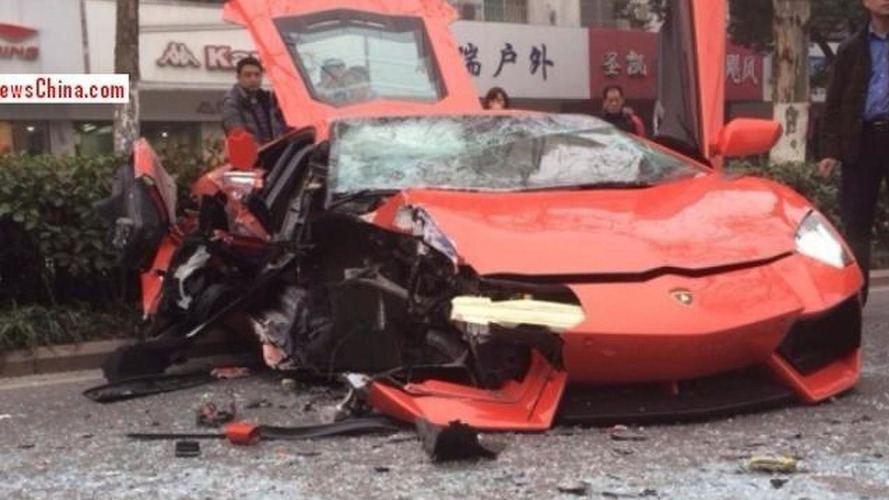 A Lamborghini Aventador LP700-4 was involved in a brutal accident after hitting a bus in the city of Hefei, Anhui Province, China.

A Lamborghini Aventador LP700-4 was involved in a brutal accident after hitting a bus in the city of Hefei, Anhui Province, China.

According to preliminary reports, the driver of the Arancio Argos-painted Aventador was trying to overtake a car but pulled too far on the other side of the road and frontally collided with an incoming bus. Judging by the deployed rear wing, we believe the driver of the Aventador was speeding since the rear wing automatically deploys at speed of more than 50 mph (80 km/h).

The driver of the LP700-4 managed to get out without any injuries while the bus driver along with a few passengers were taken to the hospital but none of them sustained any serious injuries. As for the supercar, it appears to be beyond repair since it suffered severe damages to the front suspension and also the roof seems slightly out of place.

At the moment of the accident, the Aventador wasn't being driven with a license plate which is illegal and the insurance company won't pay for the damages.

Gallery: Lamborghini Aventador has a brutal frontal collision with a bus in China