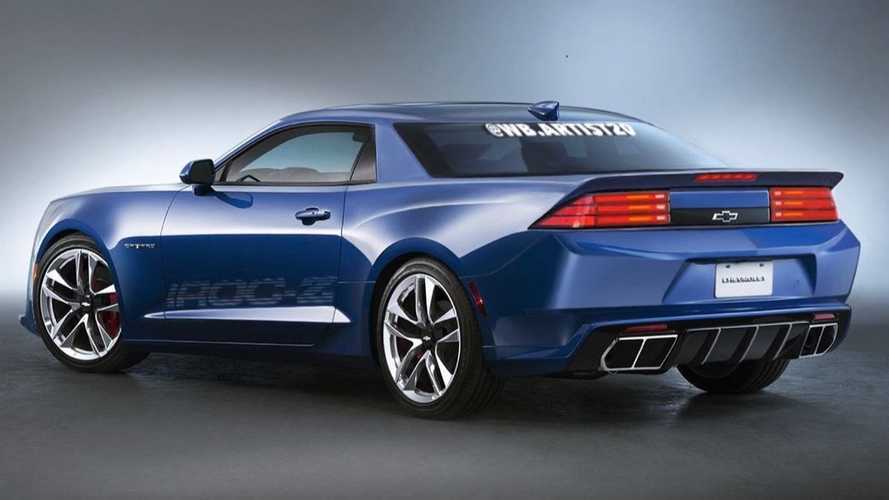 Maybe we're far enough from the 1980s to revive the third-gen Camaro.

You might remember the recent rendering that imagines the styling cues from the third-gen Chevrolet Camaro IROC-Z as they would look on the modern model. Now, wb.artist20 is back to show off the rear of this retro-tinged machine. Arguably this take is even better than the view of the nose.

The artist has to make some fairly significant design changes to the current Camaro's tail to make it take on the cues of the third-gen model. The B-pillar needs to be more upright. Without the roofline running all the way to the rear deck, the vehicle gets a bubble-like back window. One advantage of this layout is that appears to offer better visibility than the modern setup.

The taillights of the latest Camaro has taillights with red outlines around white lamps in a style that vaguely evokes the look of the model from the early 1970s. For this rendering, the car gets a look straight out of the '80s with a more angular look that comes to a point at the edges. A spoiler integrates into the rear deck.

The most significant change is the rear fascia where this rendering gains a diffuser and trapezoidal exhaust outlets. In comparison, the IROC-Z sweeps upward from the back wheels to the lowest part of the bumper. The tailpipes tuck underneath this piece and are largely out of sight.

The third-gen Camaro lasted through the 1982 to 1992 model years, and the IROC-Z was available from 1985MY to 1990MY. In comparison, the latest model arrived for 2016MY. An ongoing rumor suggests that the performance model might face retirement without a replacement after 2023. Chevy isn't yet saying anything official about the model's fate.