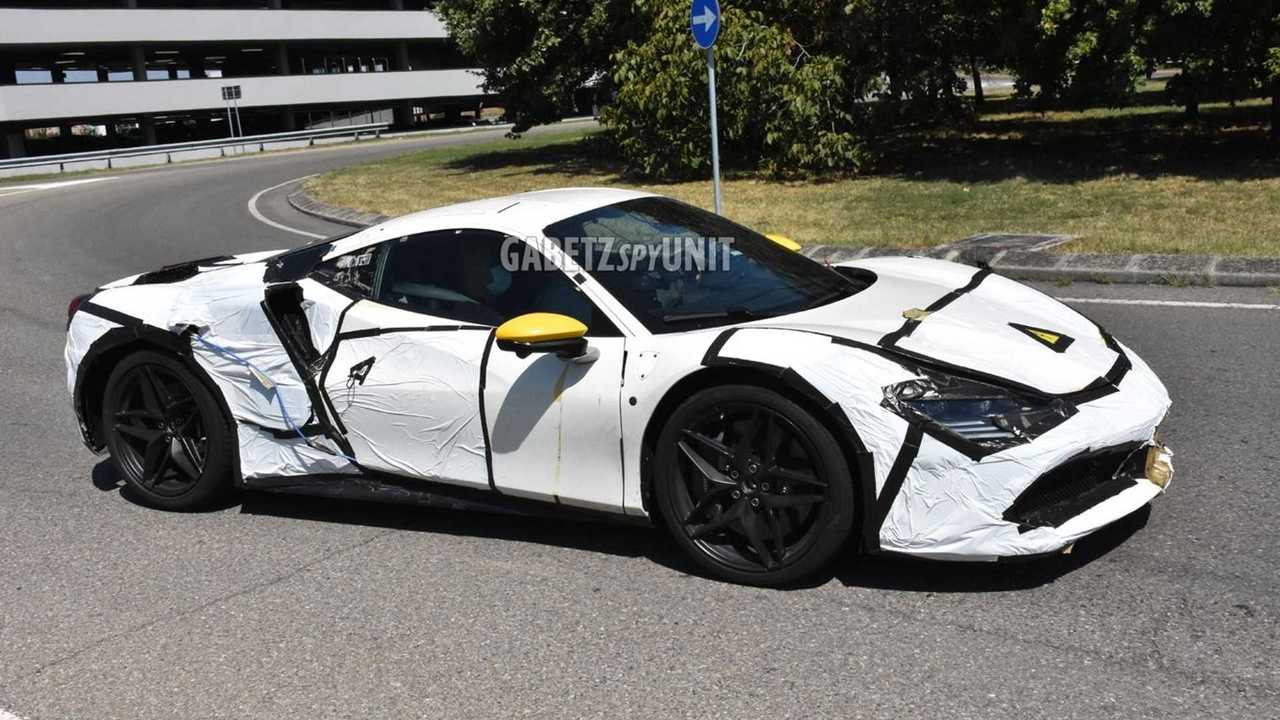 It's a hybrid in more ways than one.

As with most technologies, Ferrari’s hybrid know-how is trickling down the range. The LaFerrari led the way in 2013 with an electrified V12 before the SF90 Stradale arrived in 2019 with a plug-in hybrid V8. It is widely believed the next Prancing Horse to boast an electric motor will feature a newly developed V6, a downsized powertrain originally announced two years ago.

The V6 was part of the Maranello’s squad 2018-2022 product roadmap, so it’s definitely coming within the next two years. Will it be electrified? It seems likely considering the very same plan called for approximately 60 percent of the product lineup to be hybridized by 2022. Ferrari prototypes equipped with electrified powertrains have been spotted repeatedly, but this one caught by Walter Vayr is particularly interesting.

The front end design may say SF90 Stradale due to the headlights, but the side profile indicates the test mule could be based on the 488 GTB. The rear end has the two exhaust tips mounted higher on the bumper akin to the SF90, combined with the single circular taillights of the GTB rather than the dual setup of the SF90 and F8 Tributo.

Further deepening the mystery are the wheel arches as they appear to be significantly wider at the rear axle. There seems to be a lot of room in the wheelhouse at the back compared to the front, which further indicates we’re dealing with an early test mule. The yellow high-voltage stickers denote the vehicle had an electrified powertrain, with blue wires coming out of the back and going inside the cabin where they were likely hooked up to that laptop.

The Prancing Horses Are Going Electric:

Ferrari is still planning two reveals for later this year, but judging by the rudimentary state of this prototype, a hybrid model seems unlikely. A safer bet is the spicy 812 GTO or whatever it will be called, along with quite possibly the SF90 Stradale Spider. As for the company’s first SUV, the Purosangue is coming out towards the end of the 2018-2022 roadmap with a confirmed hybrid setup.