When you talk about Bugatti and its long history, it's hard not to talk about Targa Florio. The Italian race circuit was considered to be home to one of the most prestigious but also one of the hardest and most dangerous endurance races in the world. The first race in Targa Florio was held in 1906.

Targa Florio was close to the heart of the French automaker, particularly because of the legendary five consecutive wins in the said endurance race. Bugatti first won in 1925 with the Type 35, while Albert Divo won the endurance race in a Type 35 in 1928 and the year after. This marked the first and the only time an automaker won the race five years in a row.

This time around, Targa Florio again bears witness to another historic Bugatti feat – a family reunion between the Divo and a Type 35. As mentioned, the connection between the two lies in their namesakes, with the modern hypercar getting its name from Albert Divo who lead the historic win for the French marque.

These two important Bugatti nameplates meet each other on track for the first time, and you can watch the ordeal on the video embedded on top. Most importantly, this is a way for Bugatti to look back at its rich history – probably the best way to move forward to a fruitful future. 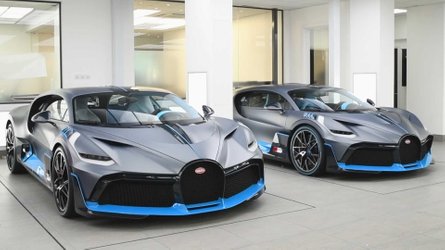 Bugatti Divo Getting Paint Protection Is A Must-See 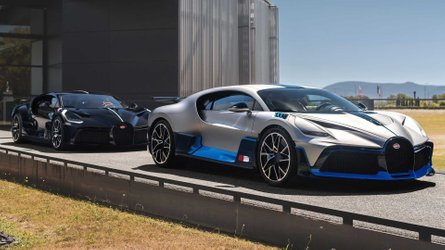 The first Divo hypercars for customers have already been revealed last month, completing the first batch of customer deliveries. Bugatti said that the rest of the 40 units will be delivered by the end of the first quarter of 2021, completing the commitment to produce the million-dollar hypercars.