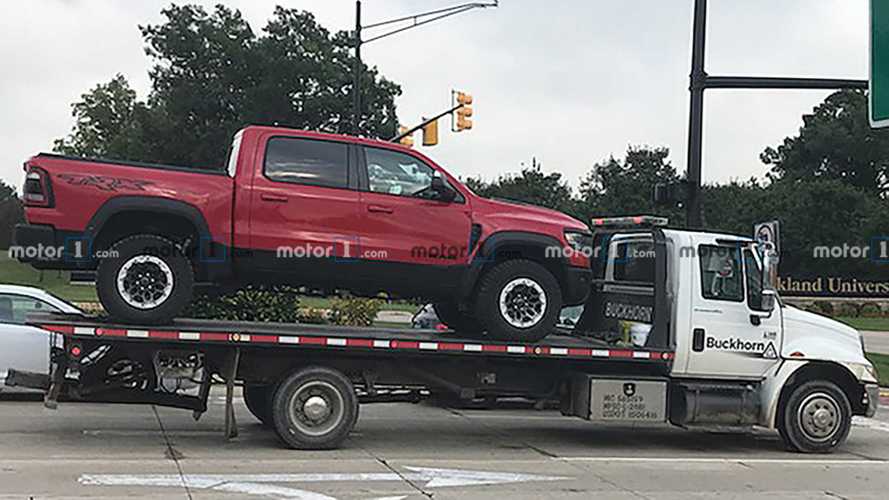 Finding those gremlins before production begins.

Earlier this month, Ram wowed with the unveiling of the 2021 1500 TRX off-road pickup truck. Finally, the Ford Raptor would have a rival. It was a long road to this point, which began four years ago with a radical concept. Spy photos eventually emerged, followed by rumors of 700 horsepower. However, no road to production is without its potholes, and the 2021 TRX was no different.

Our spy photographers captured a naked 2021 Ram TRX prototype in early August, but it wasn’t in the best situation. The photo shows the red pickup being towed on the back of a flatbed. According to the spy photographers, the pickup broke down near I-75 in Michigan.

Hennessey Building Crazy 1,200-HP Ram TRX 6x6 Because Of Course It Is

This is why automakers drive these vehicles on public roads – to find any issues that arrive in real-world situations. This allows automakers to identify and address any problems before production begins.

And boy, we can’t wait for that to happen. When it arrives later this year, the 2021 Ram 1500 TRX – the official name – will pack a supercharged 6.2-liter V8 taken from FCA’s legendary Hellcat lineup. It’ll produce 702 horsepower (523 kilowatts) and 650 pound-feet (811 Newton-meters) of torque. The eight-speed gearbox comes from the Jeep Grand Cherokee Trackhawk. All that power propels the pickup to 60 miles per hour in 4.5 seconds and 100 mph in 10.5 seconds. It runs the quarter-mile in 12.9 seconds.

The Ram TRX Is Ready To Rival The Ford Raptor:

The hopes of a less-powerful, cheaper TRX are up in the air with Ram playing coy about the possibility. That means the broken-down TRX in the photo above is likely that of the supercharged V8 engine. But this is why automakers have test vehicles before production begins. New vehicles go through a lengthy engineering and development cycle to eliminate any gremlins before manufacturing starts. It’s no easy task, and sometimes, things can get a bit embarrassing out in public.