Kia K900 Looks All Grown Up Rendered As Facelifted Model

The K900 is the troubled kid in Kia’s family. Last year, the South Korean company managed to deliver just 390 units (not a typo) of the sedan to customers in the United States. What’s even worse, the results were approximately 10 percent lower in 2018. All this leads us to one logical question - does the K900 make a business case at all?

We don’t know the answer but our pals at Kolesa.ru believe there’s still faith in the luxury sedan coming from the company’s executives. The high-rank support should probably result in a comprehensive refresh for the K900 and this is what it could look like.

Obviously, this is the same generation of the car but it has received a detailed makeover with a more aggressive front fascia featuring Kia’s updated radiator grille. New, more sculptured headlights also add to that more appealing appearance at the front.

It’s a similar story at the back. The lines are unchanged but there are now deeper, three-dimensional taillight graphics that are now connected with a LED strip that’s communicating visually with the chrome bar in the lower section of the bumper. New chrome trim pieces and slightly different wheels complete the facelift, at least in the eyes of Kolesa.ru’s designers. 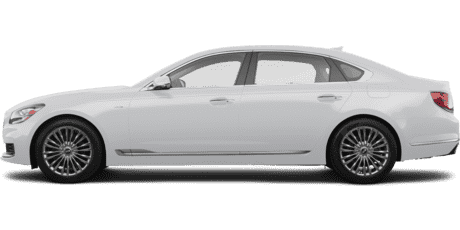 If we have to be completely honest, we know absolutely nothing about the refreshed K900. The model has always been a solid luxury sedan, but one that’s easy to overlook in a competitive class. We have the feeling the automaker will give the vehicle one last chance on the market for another two model years or so. Whether it will get the comprehensive facelift imagined by the designers here, we’ll know for sure soon.