Ram Talks What Changed From TRX Concept To Production 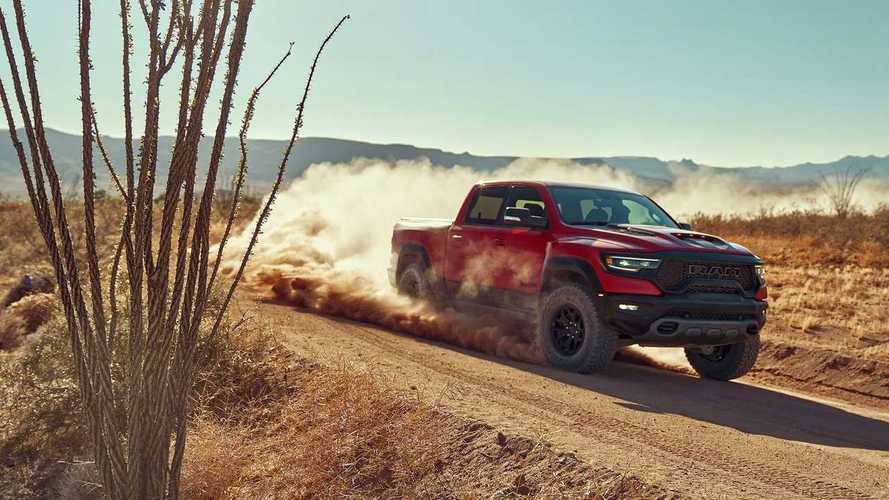 Quite a lot, actually. And for the better.

From concept to production, we often see a lot of things toned down, no matter the vehicle. Very few cars have actually retained the overall look and feel of their dreamed-up designs, and even fewer have improved on the overall concept, creating something even better than the initial good foot forward. It seems that the recently unveiled 2021 Ram 1500 TRX is one of those rare cases. While the concept was met with positive reactions just four years ago, it still took a lot of work to get the Ram 1500 TRX to where the manufacturer wanted it.

MotorTrend had the cool opportunity to talk to Mike Gillam, the head of the exterior-design team behind the Ram TRX, to get a better idea of what actually changed from the initial effort. What's neat is that Gillam is the same guy that designed, developed, and built the concept four years ago, so he's the perfect guy to ask. "The differences between the concept truck and the production truck are, it's one of those rare instances where the movie ends up being better than the book. The concept truck obviously was rated at 575 hp. The production truck has a full 702."

Save Thousands On A New Ram

He notes that the most familiar visual cues between the two are definitely the headlamps. The concept used the grille from a heavy-duty Power Wagon, but they decided to play up the entire width of the 88-inch wide truck by using a different graphic. It creates a visual standpoint, a mean-looking front end that sets it apart from other Ram trucks. The use of the ID lamps were also improved, with only three of them to use because of the width of the vehicle, and are integrated into the functional hood scoop. "Then we integrated the clearance lamps, those corner markers down into the flares. You'll see on the front, there are amber ones on the front that are down, located on the sideburns on the bumper. And then on the rear, they're located in the flares."

So Who's Got One On Order Already?

He also talks about the side exhaust in the concept, which was a neat idea, but was lacking in functionality and was impeding some of the clearance because they had to route it underneath the frame rail. A fragile exhaust pipe has no business being in a spot that can be easily damaged. In the end, a straight rear-exit exhaust did the trick, with dual exits and five-inch matte black-painted dual-wall exhaust tips.

Neat stuff, and you can read all about the other insights on Ram's super-truck in the interview here. We think that what Ram has right now is amazing and absolutely blows the concept out of the water. Now we can't wait to put it up against its Blue Oval rival.