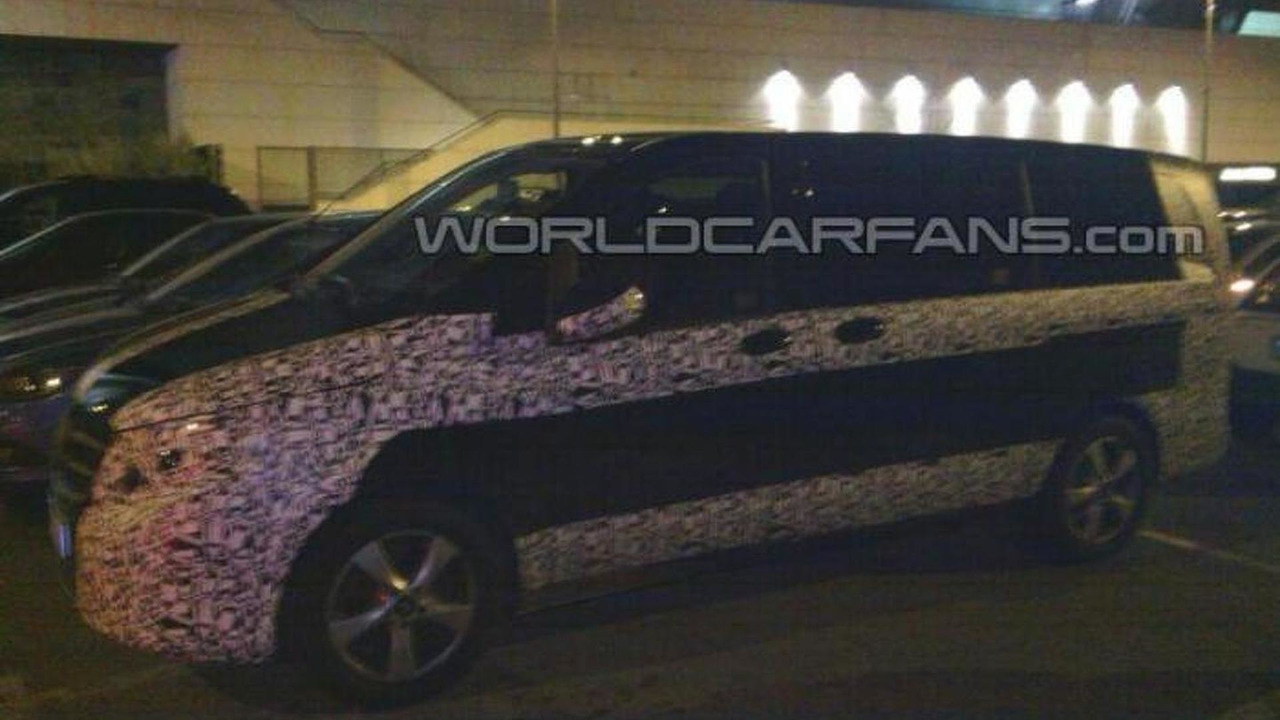 A lightly camouflaged prototype of the Mercedes-Benz V-Class was spied up close recently by a WCF reader.

A lightly camouflaged prototype of the Mercedes-Benz V-Class was spied up close recently by a WCF reader.

The vehicle was spotted at night in the parking lot of a mall in Guadalajara, Spain and gives us the opportunity to check out the far more upscale interior cabin which clearly indicates the model will be a lot more passenger-oriented than the outgoing Viano. As a matter of fact, Mercedes-Benz plans on selling the model in their passenger showrooms and it is believed the V-Class will fill in the gap left by the unsuccessful R-Class.

Engine lineup is not known for now but it is believed a diesel four-cylinder 2.1-liter BlueEfficiency motor will be available in the following states of output: 136 HP (100 kW), 170 HP (125 kW) and 190 HP (139 kW). Expect the engines to be connected to a seven-speed automatic transmission as well as the newly developed 9G-TRONIC nine-speed automatic transmission which made its debut on the E350 BlueTec.

The all-new Mercedes-Benz V-Class will be unveiled in the following months and is set to go on sale before the end of the year.

Special thanks go to Roberto Sanchez for sending us the photos!