Opening the frunk from the key fob is a little different now.

The 2020 Chevrolet Corvette recently received a recall to fix the issue with its frunk flying open on the road. The C8 supports over-the-air updates, so owners don't have to worry about going to the dealer to get the fix. In a new video to get the message out, the 'Vette's chief engineer Tadge Juechter shows off exactly what's different to repair the problem.

Previously, opening the frunk from the key fob required double-tapping a button. Chevy believes the panel accidentally opening is tied to people accidentally doing this. For example, if the fob is in someone's pocket, there's a possibility of inadvertently pressing the button.

Chevy's software update alters how owners open the frunk. Now, the fob requires tapping the button, releasing, and then holding it down for the panel to pop up.

Juechter doesn't address it in this video, but the over-the-air update also limits the Corvette's speed to 26 miles per hour (42 kilometers per hour), if the system detects that the frunk is not latched. There's also a change to the interior button so that it requires a longer press to open the panel.

The recall affects 6,661 units of the 2020 Corvette, according to General Motors. There is also a stop-sale in effect until vehicles delivered to dealers get this repair.

The National Highway Traffic Safety Administration lists many complaints from owners about the C8's frunk popping over while driving. There are also videos of this happening. In July, GM released a statement that it was investigating the cause of the problem. 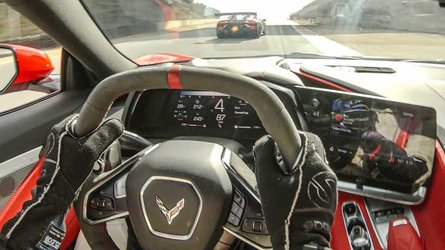 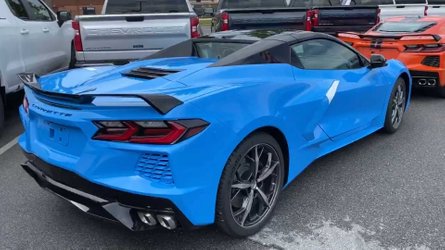 Chevy already recalled the 2020 Corvette for a weird issue with the frunk. It was out of compliance with federal rules because a person inside wouldn't be able to get out in certain situations. Granted, the space is so small that a person would need to be a contortionist for this ever to be a problem.