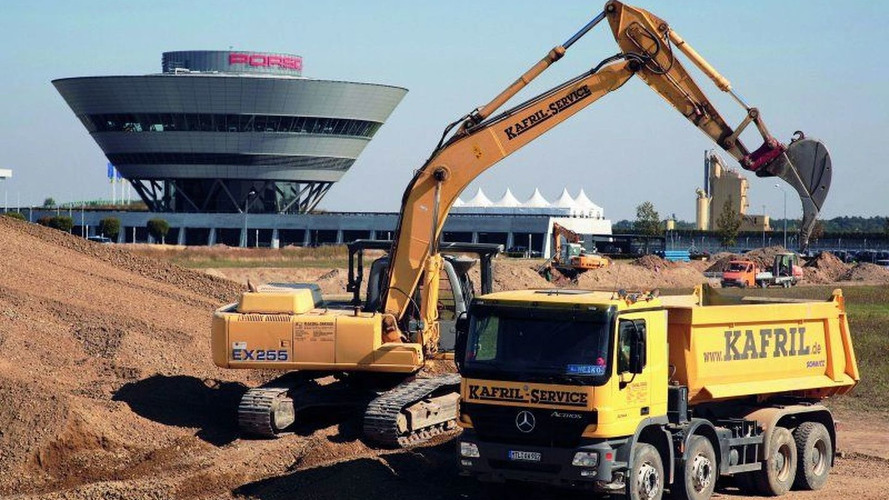 In an earlier story today, Porsche announced production preparation for the Panamera model "running at high speed" at their Leipzig plant. Much like the Porsche Cayenne/VW Touareg/Audi Q7 cooperation, Porsche (now the largest shareholder of VW) plans to continue consolidating its engineering efforts across future VW/Porsche models with the Panamera as the latest example. Porsche CEO Wendelin Wiedeking, stated the highest priority included the co-development of electronics which will make up 35 % of material costs in the future. Separately, German Minister of Transport Wolfgang Tiefensee also emphasized the importance of Porsche as a sports car maker to reduce fuel consumption with a gasoline-electric hybrid drive unit in the Cayenne and Panamera.