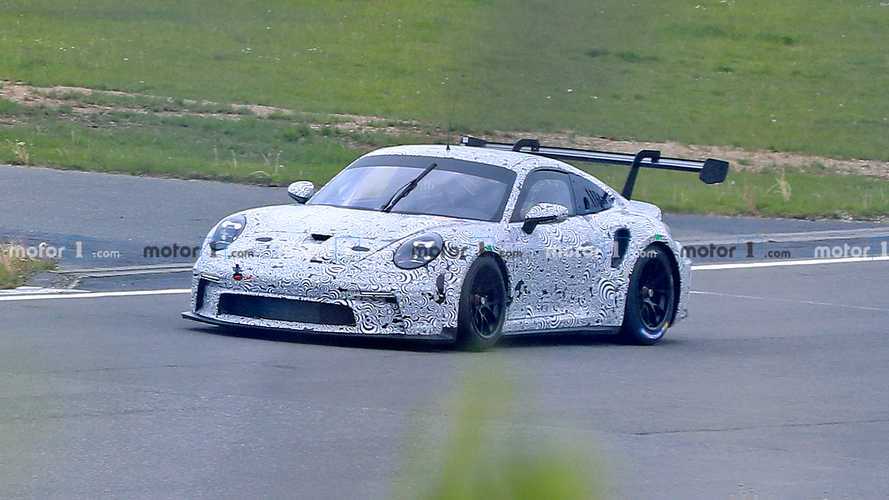 There's some solid science behind this.

With more manufacturers starting to resume manufacturing and design operations across the globe, Porsche looks to have some big plans for the upcoming year. While the Taycan Cross Turismo is pretty cool, it's the new Porsche 911 GT3 that we're all very excited about. With a reveal that was supposed to happen at the canceled 2021 Geneva Motor Show, Which Car Australia has picked up on some news of a most likely Q1 2021 launch. While a date is good, what's even better is that there's more info pointing towards a faster, lighter, and rawer Porsche 911 GT3 than ever before. Much of which is due in no small part to some radical aero.

No doubt you've already seen some spy shots and video of the next Porsche 911 GT3 doing some circuit testing around the Nürburgring Grand Prix Circuit. Sure, these cars are usually covered to the extreme with all the camouflage to hide the details, but the new rear aero is clear as day. Whether this is standard on the GT3 or is part of an optional package, this new GT-inspired wing has its uses. Called a swan-neck rear wing, it does away with posts mounted to the underside, adopting a top mounting design instead.

Take this excerpt from the article posted on Which Car Australia: "Ever wondered why aircraft sling the engines under the wing instead of on top? That’s because, on a plane, the top side of the wing is the important part, speeding the air, creating low pressure, and thus lift. That area needs to be uninterrupted. Think of a racing car wing as an inverted aircraft wing and you begin to wonder why it took so long for items with unencumbered undersides to appear."

Rumors Say Naturally Aspirated In Both Manual And A/T:

Porsche 911 GT3 Spied Making A Glorious Noise On The Nurburgring

This design came into use when racing rules and regulations were limiting the sizes of rear aero. The swan-neck design regains almost 50 percent of lost downforce when compared to a larger wing, despite being smaller in chord and width. While the actual production car will probably not have the same level of aggression found in the Porsche 911 RSR GT car, the gains should be similar.