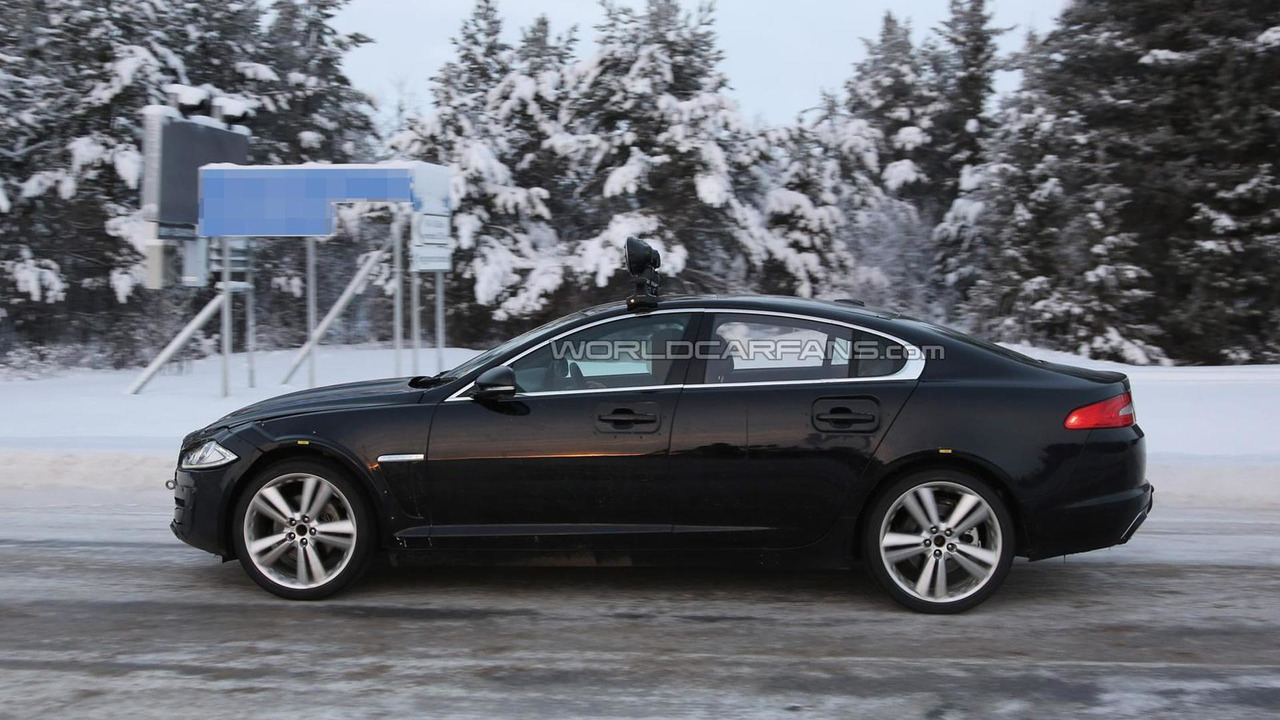 The next generation of the Jaguar XF has been spied near the Arctic Circle featuring a longer wheelbase.

The next generation of the Jaguar XF has been spied near the Arctic Circle featuring a longer wheelbase.

Last time we saw a mule of the second-gen XF was in November testing around the Nürburgring Nordschleife and now a similar test car was spotted near the Arctic Circle. Since Jaguar is planning an entry-level XS sedan, it shouldn't come as a surprise the new XF will grow in size a little bit to better fit between the XS and the flagship XJ which is bound to get a facelift later this year.

According to our spy photographers, the test mule seen here has a stretched wheelbase since the rear doors appear to be longer than they are on the current model. Due most likely in 2015 as a 2016MY, the new Jaguar XF will reportedly get newly developed engines which should come with higher outputs along with reduced fuel consumption and CO2 figures.