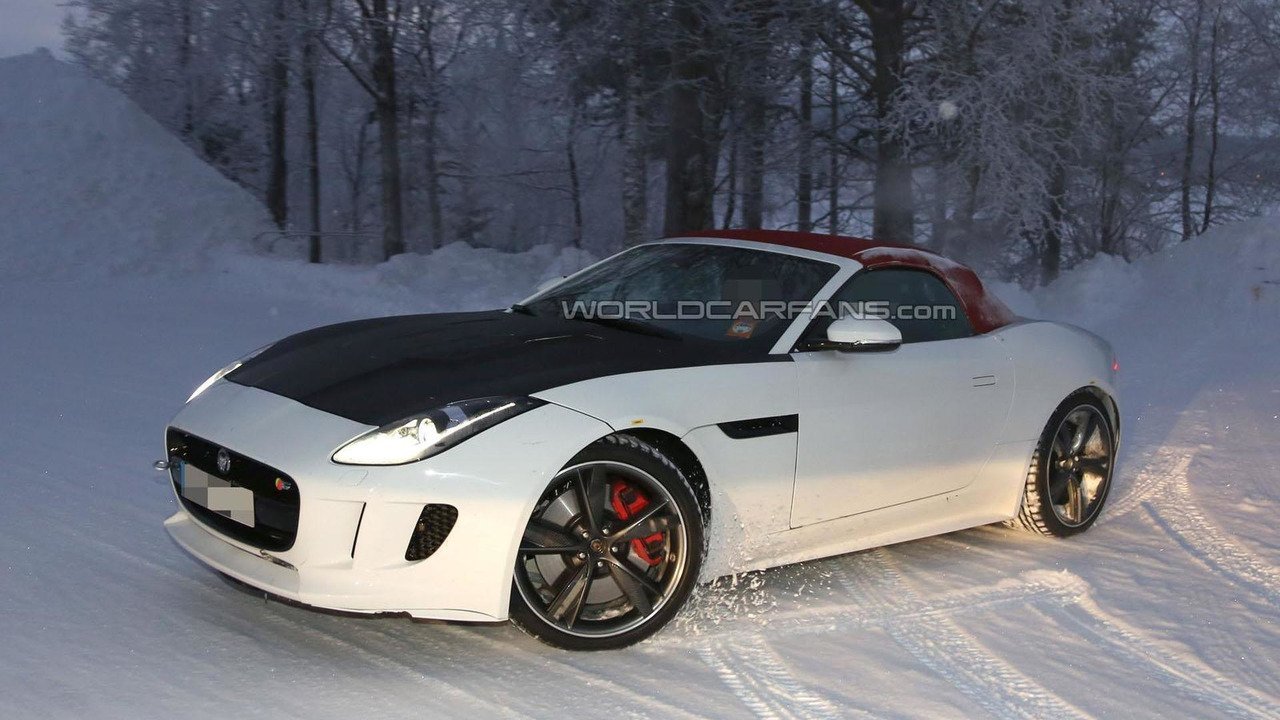 The Jaguar F-Type has style in spades but it doesn't come cheap as the entry-level model has a supercharged 3.0-liter V6 that develops 340 HP (250 kW) and 450 Nm (331 lb-ft) of torque. Thankfully, that's about to change as our spies have snapped new photos of the four-cylinder F-Type in Scandinavia.

Caught wearing an F-Type S body, the four-cylinder prototype has been equipped with a new hood that hints at the mysterious engine underneath. It remains unclear what will power the car but the most likely candidate is a turbocharged 2.0-liter four-cylinder that produces 240 HP (177 kW) and 340 Nm (251 lb-ft) of torque.

Jaguar hasn't said much about the model but it could debut later this year.