When life gives you lemons, make lemonade. Or, when life throws a giant tree over your Subaru, make a street statue. And become famous in your neighborhood and on social media. That’s the spirit!

This is the story of Joe Mazrimas and Diana Levitt from Chicago. The couple’s 2011 Subaru Forester was recently hit by a maple tree and was completely destroyed beyond repair. Instead of simply calling the local junkyard to collect it, the couple decided to immortalize its SUV and turn it into street art.

As BlockClubChicago reports, Joe and Diana put a sign in the parkway grass next to the totaled Forester announcing the statue’s official name - “Smoosh.” There's also a QR code that links to a time-lapse video on YouTube which tracks the tree’s removal from the smashed Subaru.

People seem to love the idea so far - both the neighbors from Chicago’s Villa District in the Irving Park neighborhood and Reddit users.

“We heard thunder crack during the storm but no indication a tree had come down,” Mazrimas commented to the publication, describing the moment his car was totaled by a recent storm. “But once the storm slowed down we looked out the window and were dumbstruck. This massive tree bulls-eyed our car.” 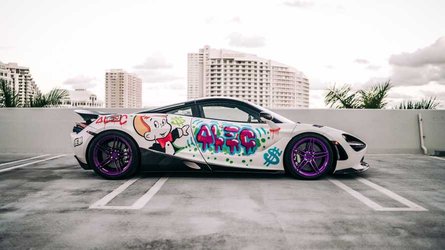 McLaren 720S Gets Spray Painted In The Name Of Street Art 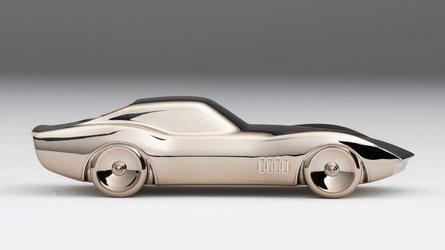 Initially, Mazrimas had plans to just wait for the insurance company to collect the car before the local art stroll. “But as we got closer to that date I felt kind of bad that this car’s carcass was going to be out in front of our house. But then I thought it would be funny to have it become part of the art stroll. I’m glad people were able to smile about it.”