Freedom, Islander, and 80th Anniversary Edition are also apparently due for the 2021 model year.

Prepare for a cornucopia of special edition Jeeps for the 2021 model year as not only is the Gladiator getting a bunch of tricked-out versions, but so is the Renegade. Well, that’s according to a member of the Wagoneer Fans forums after finding a VIN decoder published by the National Highway Traffic Safety Administration for the little crossover’s model year changeover.

According to the document, the 2021 Renegade will be offered in North America in Freedom, Islander, and Jeepster flavors. If these sound familiar, there’s a perfectly good reason as the first two have been used on the Wrangler while the Jeepster needs no introduction. It was last used in March 2018 for a concept based on the Wrangler Rubicon. Going back in time, the 1998 NAIAS saw the unveiling of a rad concept bearing the same name.

The Renegade Freedom is expected to wear military-themed decals much like the current Wrangler Freedom, which also gets satin carbon-painted alloys, embroidered seats, and a data plate as a nod to the Jeep’s military history. An “Oscar Mike” (military-speak for “on the move”) on the tailgate could be in the offing as well seeing as how the Wrangler has it.

The Renegade Islander would follow previous generations of the Wrangler, with Jeep using it the last time back in 2010 for the JK generation. The subcompact crossover in this specification could be based on the midrange Altitude trim and feature similar paint choices as the Wrangler from a decade ago, including Surf Blue Pearl Coat, Bright Silver Metallic Clear Coat, and Brilliant Black Crystal Clear Coat.

Get Up To Speed With The Renegade:

Aside from these three special versions, the Renegade is rumored to receive an 80th Anniversary Edition expected to be available across the entire Jeep lineup. It’s listed in the NHTSA document with both front- and all-wheel drive and chances are it’s based on either the Altitude or Limited trim.

One piece of the puzzle that’s missing is whether the Renegade 4xe plug-in hybrid launched recently in Europe will be available in the United States for the 2021 model year. 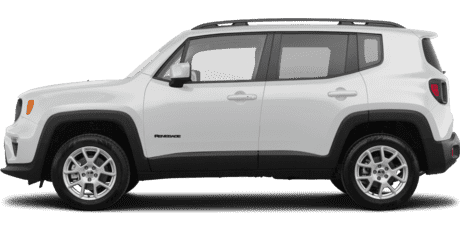 save over $3,400 on average off MSRP* on a new Jeep Renegade