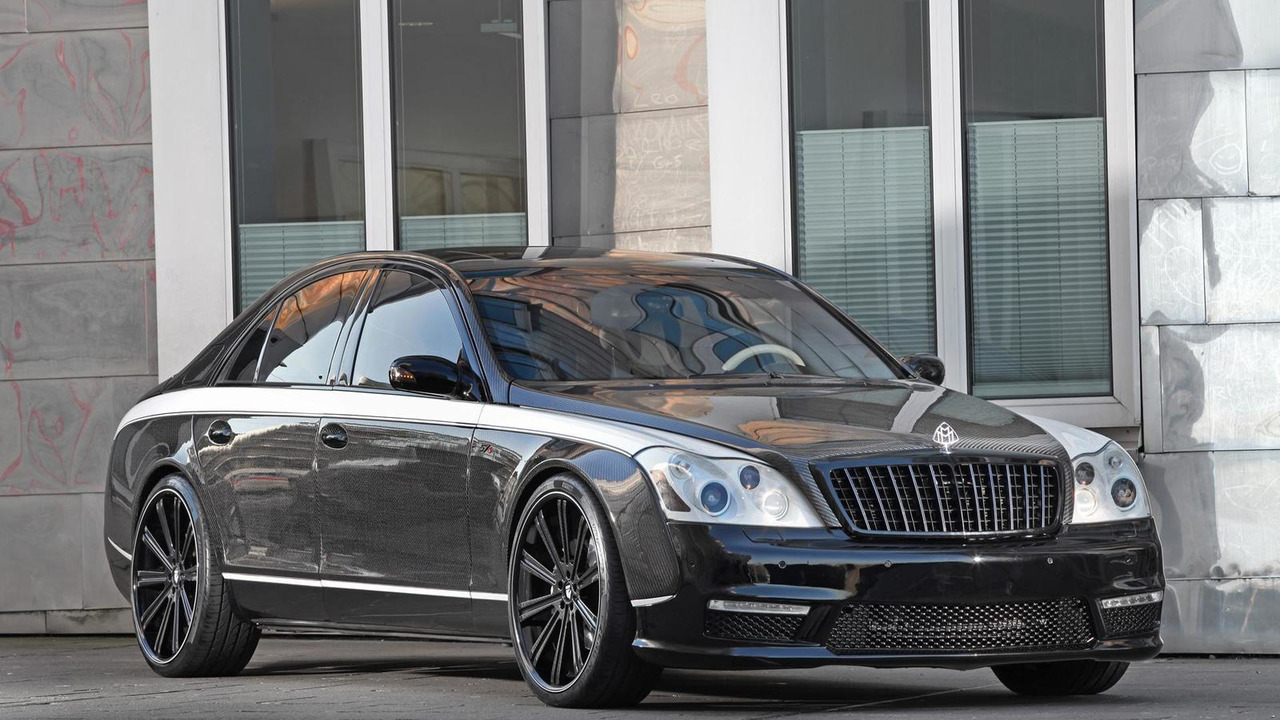 Florida-based Knight Luxury has created an in-depth styling package for the Maybach 57S.

Florida-based Knight Luxury has created an in-depth styling package for the Maybach 57S.

The luxury German sedan has received all-new front and rear aprons as well as a rear diffuser made from carbon fiber while at the front there are LED daytime running lights. Carbon fiber was also used for making the hood, doors, boot lid as well as the A-, B- and C-pillars. Pop up the hood and you will notice even the engine cover and air filter boxes have been made from the same lightweight material.

Knight Luxury installed massive 24-inch wheels which have a carbon-finished rim and are wrapped around in Pirelli 285/30 R24 tires. There's also an electronic level control of the suspension and an underbody lightning system consisting of ten LEDs. The tuner also installed a custom quad exhaust system with valve control which has increased output of the twin-turbo AMG 12-cylinder engine from 612 HP (450 kW) to 712 HP (524 kW).

Inside there is a leather-wrapped dashboard with a carbon fiber look, diamond stitching for the door sills, inside of the doors and also for the foot space. Leather with carbon-like diamond stitching was also used for the trunk and Knight Luxury replaced 28 parts of the interior with white-painted carbon fiber counterparts as well as 39 parts with a black carbon fiber finish.

Other features inside the cabin include a couple of iPads, an Apple TV module and an Apple keyboard as part of the rear-seat entertainment system. This particular Maybach 57S also has a GPS tracking module, a dashboard camera and mobile LTE connectivity support.

Exact pricing details have not been provided but a potential customer "has to come up with around 1 million U.S. dollars."