Ford F-150 Might Get Multi-Function Tailgate To Rival GMC

The F-150’s fancy tailgate would rival already-available options found on the Sierra and Ram.

One of the biggest draws of the GMC Sierra is its fancy MultiPro tailgate. What makes the optional feature so special is that it can transform into seven different configurations, meaning you can use it for everything from a temporary workbench to a quick-release bed step (and much more).

A few days ago we reported that the Chevrolet Silverado would be getting the same or a similar option for 2021, which would be a much-needed addition to that truck. Now rumors are swirling yet again, suggesting that Ford will also introduce a rival to the MultiPro tailgate on the F-150.

According to a report from the website FordAuthority, the Blue Oval is currently hard at work developing a competitor to GM's much-discussed tailgate (even though a past interview suggested Ford wasn't too keen on the idea). The company took a look at both GMC's MultiPro and Ram's Multifunction tailgates – the latter offers a 60/40 split opening – and plans to introduce its own version on the F-150 in the near future.

But don't expect Ford's fancy tailgate to be a replica of GMC's or Ram's. Apparently the company is testing a few different prototypes, but one of the leading options is reportedly a sliding "barn door–like" opening with three vertical sections that you can open individually or drop down all at once.

It's unclear exactly when we'll see this new tailgate on the F-150, given that the latest version of the truck just debuted, but it would be a nice cherry atop a truck that's already loaded with features. A new multi-function tailgate would be great alongside things like the Max Recline seats and the collapsable Work Surface inside, as well as the available Work Surface option on the tailgate.

No word on when Ford plans to roll this out on the F-150 officially, but we expect it to debut sometime in the next few months. 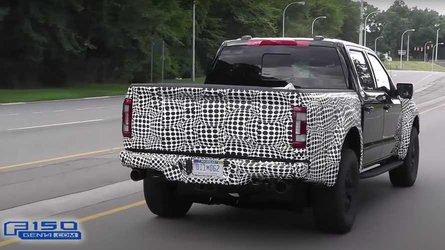 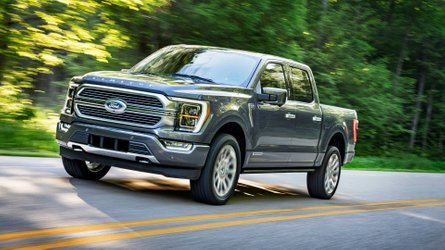