The body doesn't look too different, but Ford covers it anyway.

New spy shots catch a camouflaged Ford Ranger on the road in Michigan. Our spies suspect this might be a rugged Tremor model similar to what's available on the Super Duty.

The Ranger has camouflage on the nose and bed but leaves the cab exposed. It's not clear what the company is hiding, though. The body panels don't seem different compared to the current version of the truck.

This Ranger appears to have a slight suspension lift. It also has all-terrain tires and metal running boards. There's also a distinct resemblance between the design of the wheels and what the Ranger Raptor wears.

From what's visible here, it appears that Ford intends to bundle together some rugged equipment to create a somewhat outdoorsy Ranger that's not nearly as hardcore as something like the Raptor.

This vehicle doesn't look nearly as rugged as the Tremor version of the F-250 or F-350. They have a suspension lift, Dana limited-slip front differential, shift-on-the-fly locking rear differential, and a rock crawling mode that works in 4x4 low.

It doesn't make sense for Ford to make any big investments in the Ranger because the next-generation truck is currently under development. There are already rumors about what to expect from it. There would allegedly be plug-in hybrid powertrain using a turbocharged 2.3-liter engine and electric motor making 362 horsepower (270 kilowatts) and 502 pound-feet (680 Newton-meters) of torque. 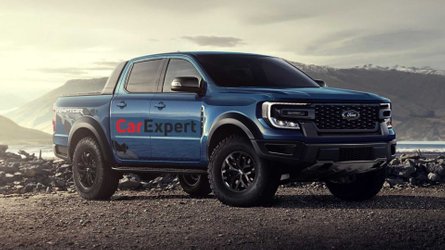 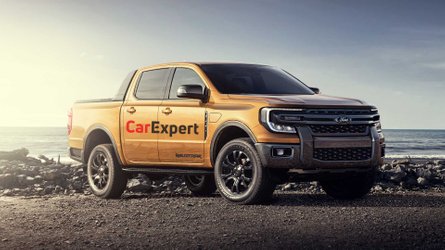