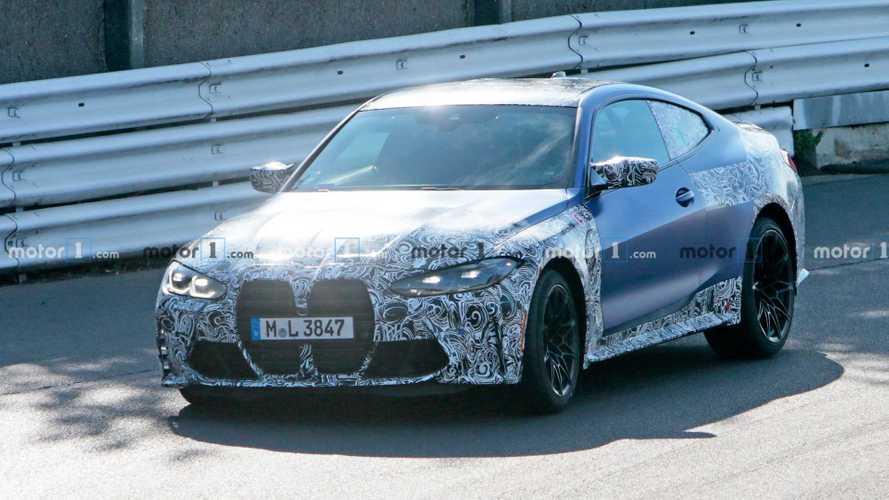 An official debut is coming next month.

September is almost here and this means we are just a few weeks away from the official debut of the next-generation BMW M3 and M4. Apparently, that doesn’t mean development work on the performance vehicles is done as our spies have caught an M4 prototype making final testing rounds at the Nurburgring.

A quick comparison of the registration plates seen in this car with the previous prototype we spied reveals this is the exact same car. The camouflage also looks identical at the front and at the back but, interestingly, there are minor changes when you take a look at the side profile. Still, this is obviously the very same car as the number plates, exterior color, and even the wheels all match.

This is by far not our first sighting of the new M4 and it's safe to say its design is no longer a secret. What’s under the hood, however, is somewhat of a mystery but there are strong indications that power will be provided by a version of BMW’s most recent 3.0-liter twin-turbo engine. In the range-topping version, it’ll deliver in excess of 500 horsepower (373 kilowatts), channeled to all four wheels through an automatic transmission.

Some of you will probably be more excited to hear that BMW is cooking up a purist variant of the car, which will rely on a three-pedal layout with six gears and about 480 hp (358 kW) on tap reaching the rear wheels. And if that’s not enough to feed your hunger for performance Bimmers, the automaker has already confirmed it will develop an M3 Touring to join the M3 Sedan, M4 Coupe, and M4 Convertible. Happy times!

Save Thousands On A New BMW M4

The first to be revealed will be the sedan and the coupe, which should make their official debuts in September this year. Stay tuned for more details.