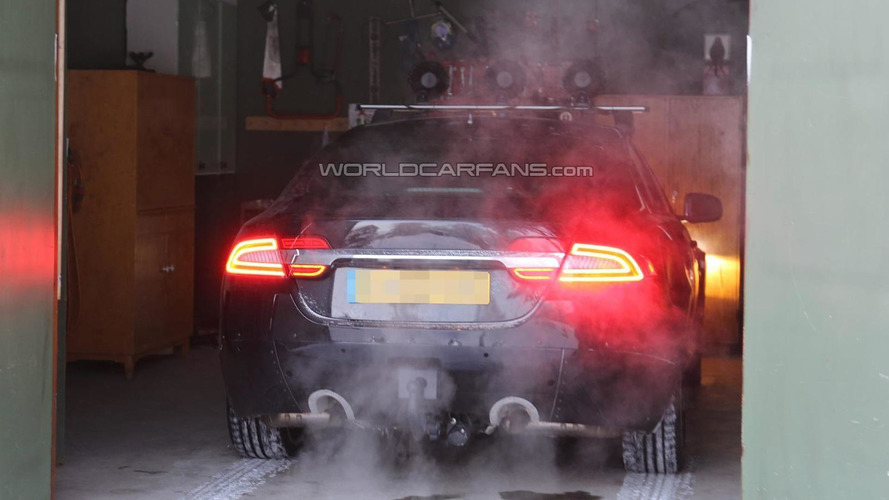 A test mule of the 2015 Jaguar XS was spied in a small garage somewhere in Scandinavia while being parked.

A test mule of the 2015 Jaguar XS was spied in a small garage somewhere in Scandinavia while being parked.

Jaguar's entry-level sedan is set to come next year but will allegedly be previewed by a near-production concept this September at the Paris Motor Show. We can clearly see the car's smaller dimensions by looking at the considerably shorter rear doors while according to Jaguar design director Ian Callum the vehicle's styling will "follow the current design trends of Jaguar."

The Jaguar XS (name not confirmed) will utilize the iQ[Al] platform and will be available with a generous variety of engines, including one version which will enable the baby Jag to hit a top speed of more than 186 mph (300 km/h). There should also be a frugal variant which will have CO2 emissions of less than 100 g/km.

Reports are indicating the production model will be introduced at the 2015 Geneva Motor Show before going on sale shortly after its public debut. Later on, the XS could spawn coupe and estate derivatives which together with the sedan will allow Jaguar to double its sales, according to global brand director Adrian Hallmark.