On this episode of "Supercars aren't for everyone."

Supercars, no matter how attractive they look, are not for everyone even if your bank account permits. With an above-average power delivery usually sent to the rear wheels, this special breed of vehicles is hot to handle even at low speeds. More so if the person behind the wheel is so eager to step on the accelerator.

Case in point: this hot pink McLaren 570S that got totaled in London a few weeks ago.

We stumbled upon this through London Fire Brigade Borough Commander Simon Tuhill's post on Twitter. It was tragic, but wait until you hear what the speed limit on that street was.

The incident happened in an affluent area of the city on August 6, 2020. It happened along Montagu Mansions in Marylebone, which has a 20 mile-per-hour (32 kilometer-per-hour) speed limit. According to Tuhill's social media post, the driver "lost control" – not a surprise considering that a maximum of 443 pound-feet (601 Newton-meters) torque is transferred to its rear wheels.

The 570S hit an unsuspecting Volkswagen Golf. Judging by the photos, the 570S seemed to be totaled, with the front end mangled to near indistinction, while bits of its body seen scattered around the area. We can't be so sure about the damages on the Golf, but it seemed to have lost two of its hub caps, to say the least. 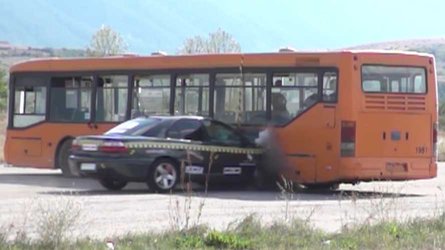 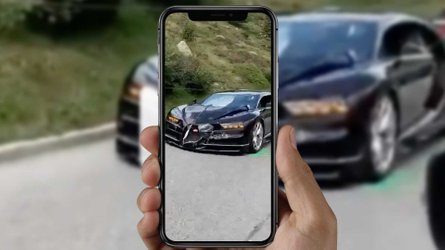 Car crashes seem to be normal occurrences on this side of the world, at least that's what Tuhill's tweet was implying. As reported back in May, London has seen ten fatal car crashes since the coronavirus lockdown.

Let this serve as a reminder that clear streets aren't a green light for us to be careless on the road, much more so if you're driving a powerful car. Let us all be careful, so we won't end up like this hot pink McLaren 570S.