If we're honest, legroom is an issue here.

Everything about our headline for this article is factually correct. Indeed, this is a McLaren Senna as confirmed by the Woking-based supercar manufacturer. It is powered solely by electricity. Per McLaren’s press release you can buy it for $582, and you can read it for yourself at the end of this article should you still have doubts about the veracity of this information.

We suspect you’ve figured out the catch by now. This isn’t a machine you’ll drive on the road or take to the track. For that matter, you (likely) won’t drive it at all, though McLaren F1 driver Lando Norris did contort his body just enough to fit behind the wheel. This is the latest McLaren Ride-On battery-powered car for children, and it joins a long line of supercar-themed rides for young enthusiasts that also includes the 720S and P1.

As with the previous version, this plug-in electric model has a top speed equivalent to a fast walk but speed isn’t the name of the game here. This mini-Senna has cool dihedral doors, working brakes and brake lights, and a push-button start just like the real thing. Pushing that button also creates engine sounds, and an on-board infotainment system can play music from an SD card or USB-powered device. Going further into the tech features, this ride offers a full-time 360-degree view around the car, courtesy of your kid’s head sticking well above the Senna’s body. 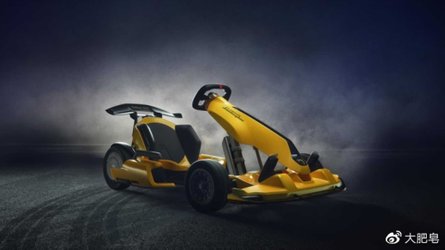 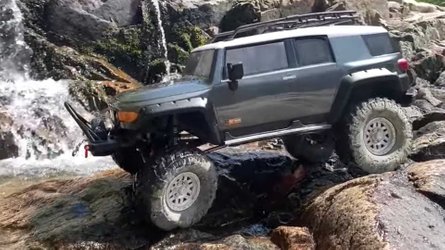 Young supercar connoisseurs can choose to have the mini McLaren in six different colors, including white, black, Mira orange, Vega blue, Memphis red, and yellow with green accents. If that last combo sounds familiar, it’s a callback to the colors of legendary driver Aryton Senna’s race helmet. It also an exclusive livery available only through McLaren retailers – others will go on sale through select Walmart and Target stores in North America with a retail price of $582.

Six liveries available, one of which – yellow with green accents – is exclusively sold through the official McLaren Retailer Network

Available to order now; priced at $582 in the North American market

McLaren Automotive is pleased to announce a new, track-focused electrified model for the junior racing driver - the McLaren Senna ‘Ride-On’.

Hot on the heels of the McLaren 720S ‘Ride-On’ launched last year, the new McLaren Senna ‘Ride-On’ is the ultimate accessory for younger performance enthusiasts. It is modelled on McLaren’s most extreme track car, the unparalleled abilities of which are reflected in it bearing the name of three-time McLaren Formula 1 World Champion, Ayrton Senna.

The McLaren Senna Ride-On is aimed at 3 to 6-year-olds, although McLaren’s own Formula 1 driver Lando Norris did manage to squeeze into the car and take it for a test drive, just to check he was happy with the way it drove.

The McLaren Senna ‘Ride-On’ features all the functions of last year’s popular 720S ‘Ride-On’, including working dihedral doors to allow easy access. Once inside, the young owner can begin their drive using an authentic push-button start which activates McLaren Senna engine sounds. Junior journeys can also be accompanied by music, played via an infotainment system that can access files from a USB device or SD card.

For precision handling, the model also features a working brake with brake light function. And while performance is understandably restricted compared to the real thing, the McLaren Senna ‘Ride-On’ is set to become one of the most coveted automotive toys of 2020 and beyond. Priced at $582 in North America, the McLaren Senna ‘Ride-On’ is available to order now at McLaren Retailers. It will also be available to purchase via http://hypertoys.com and in selected Walmart and Target stores soon.