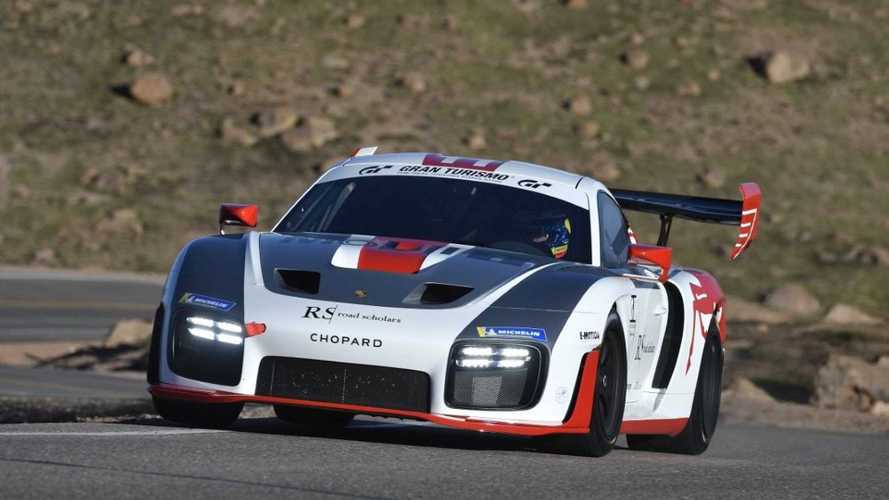 New equipment for the 98th running.

From its humble beginnings in 1916 to rallying-ace Sebastian Loeb setting the course record in 2013, the Pikes Peak International Hill Climb is the second-oldest motorsports event in the United States. What started out as a delicate balancing act on dirt and tarmac has evolved into a fully paved, downforce-demanding sprint. One man eager to challenge the mountain again this year is filmmaker and Porsche aficionado, Jeff Zwart.

With some special race cars in the past, his 2020 Porsche 935 Pikes Peak challenger is no exception. Sponsored by Mobil 1, his all-new vehicle provides many technological advantages, but also comes with its share of challenges. As he is accustomed to running modified Cup cars in previous years, the 935’s ABS and traction control systems will be another mountain to climb.

“For me, the biggest challenge is using those things to my advantage at the highest level, rather than just relying on them for a little more traction or stopping power,” said Zwart.

One of the big things setting Pikes Peak apart from the competition is the length of the event. Along with the mechanical challenge on the car, the drivers are also put through the wringer. With over 150 turns to remember while covering a stretch of 12 miles and 14,000 feet of total elevation at the summit, getting to the top without incident is no mean feat. To make matters worse, drivers can’t complete the whole course until race day – practice sessions only allow them to navigate one section at a time.

During their race to the clouds, competitors deal with a lot more than just keeping it on the tarmac. Aside from having little to no barriers on course to keep challengers from plummeting to certain death, the vehicles start to behave differently as the run wears on. With big temperature changes, tire and engine behavior can vary quite a lot from one corner to the next. The thinner air at the top can also affect induction levels, downforce, and even the driver’s oxygen saturation.

Apart from the treacherous nature of the Pikes Peak race course, the competition is equally fierce. Within the Time Attack class Zwart will be running, there will be two other Porsche GT2RS Clubsports, driven by David Donohue (son of 917-30 Can-Am Champ Mark Donohue) and David Donner, America’s last outright winner up the mountain.