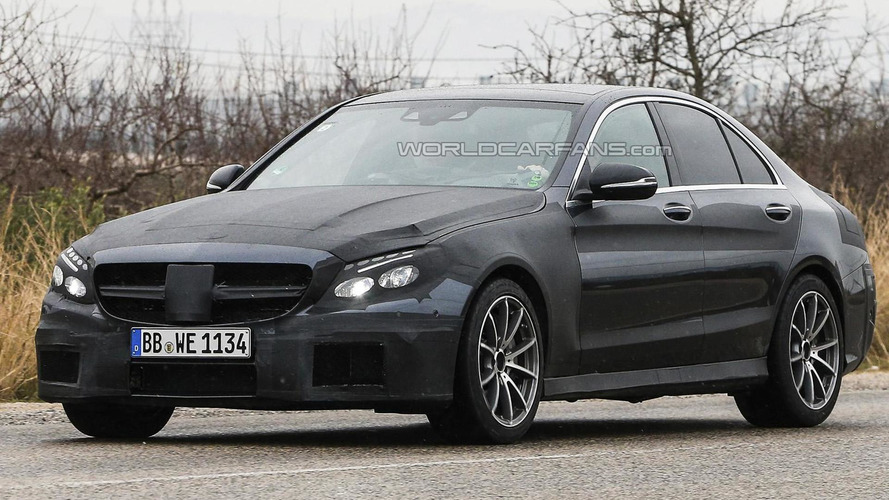 A prototype of the new 2015 Mercedes-Benz C63 AMG was spied up close testing somewhere in Spain.

A prototype of the new 2015 Mercedes-Benz C63 AMG was spied up close testing somewhere in Spain.

In these past few days we found out three important facts about the next-gen range-topping Mercedes-Benz C-Class. First of all, the vehicle will retain its C63 AMG moniker since it's "too valuable", despite the fact there won't be a naturally-aspirated 6.3-liter V8 anymore. Secondly, the car has been confirmed to come out early next year so it should go on sale in the first half of 2015.

More importantly, AMG product chief Tobias Moers announced the flagship C-Class will make use of a newly developed 4.0-liter V8 twin-turbo engine created by joining two of the four-cylinder 2.0-liter turbo engines taken from the high-end A-Class models. Reports are indicating the new engine will deliver a minimum of 450 HP (331 kW) and up to 500+ HP (368+ KW) when configured with the performance package.

The prototype spotted here was testing in Spain and featured a wider body kit and typical AMG alloy wheels. The new C63 AMG is expected to come with larger air intakes, bigger brakes, a sports suspension, quad exhaust and other tweaks worthy of a proper AMG model.