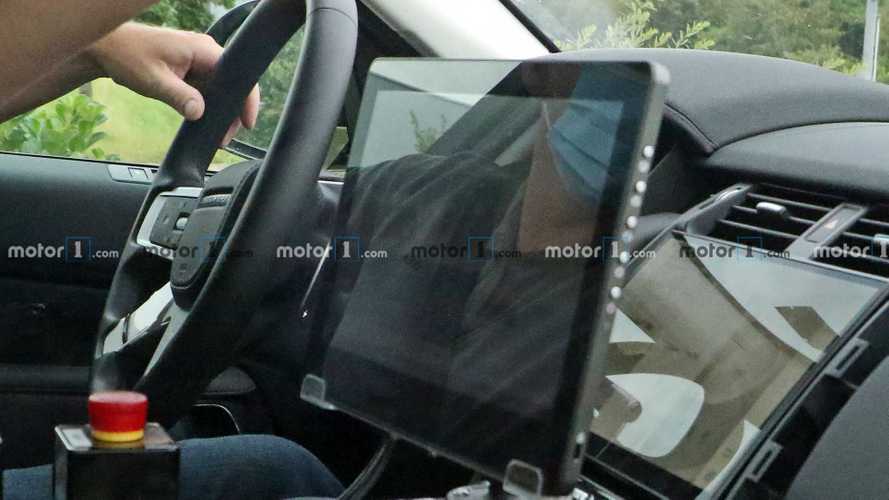 We spot a bigger infotainment screen and a new steering wheel.

Spy photos of a partially camouflaged Land Rover Discovery first appeared in May, hinting that the SUV would soon get a refresh. A month later, more photos emerged, though Land Rover continued to hide the changes under black-and-white camouflage. Today, a new batch of images finally gives us more – our first glimpse at the Discovery’s interior, and it looks like LR is making a few changes.

We can see a larger infotainment screen in the dashboard, which isn’t a surprise as automakers continue to replace physical controls with bigger screens. The steering wheel also looks new. Those aren’t significant changes inside, but most mid-cycle refreshes rarely tweak the interior too much, constrained by the vehicle’s current design. Other changes could include wireless charging and a smart rearview mirror.

The majority of the changes will happen on the outside, but even then, they’ll be modest. The camouflage we’ve seen since May is still present on this test vehicle, covering the SUV from the beltline down to the wheels. The camo is hiding tweaks to the front and rear fascias – redesigned bumpers, a new grille, reworked lighting elements, and other small changes that’ll update help freshen the Discovery’s design.

Land Rover may give the Discovery a powertrain upgrade, too. Rumors persist Land Rover will provide the Discovery with a 48-volt mild-hybrid system and a plug-in that’ll arrive later. The automaker isn’t immune from government emissions regulations, and electrification would help keep those in check. Allegedly, the plug-in system in the Discovery will be larger than the one in the Discovery Sport and Range Rover Evoque. The 48-volt system would be available for both gasoline and diesel powertrains.

There’s no indication when Land Rover will reveal the new Discovery, though it should go on sale in the US sometime next year.