Can the Land Rover Defender do almost everything?

If you're going to play close to $70k for a premium SUV, the vehicle you choose needs to have the capability and design to match. Luckily, Land Rover has been pretty good at combining these two elements since, well, almost forever. In Land Rover's lineup, we'd say that the Defender has that neo-retro vibe that's as functional as it is handsome looking – in a boxy/concept car way. The new Defender has a lower starting price at just under $50k, but a 110 First Edition has all the goodies you'd ever want, and with additional options, goes slightly over the $70k price tag. While we all know it's a beast on and off-road, there are those who will ask: "But can it tow?"

Luckily, we have YouTube channels like The Fast Lane Truck to answer just that. Equipped with a top-spec Land Rover Defender 110 First Edition, a perfect stress test is in order – running the Ike Gauntlet, arguably the world's toughest towing test. With a rating of 8,200 pounds, when directly converted from the 3.7 ton towing capacity in Europe, it actually beats its American and Japanese rivals easily.

So how do we max it out? By attaching an 18-foot long, 8-feet wide car trailer and putting a Mercedes-Benz ML on top of it, tipping the scales already at 7,500 pounds. When you factor in the driver in the Defender, you're looking at the gross combined weight and payload capacity at pretty much as high as anyone would want to go. 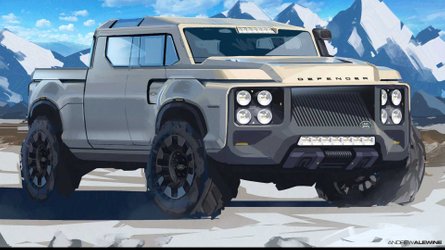 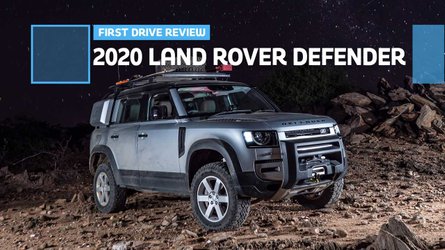 The goal is to make it up and down the Ike Gauntlet, an 8-mile stretch of I-70 interstate from Dillon, Colorado that reaches 11,158 feet above sea level. When you factor in the 7% grade, you can see why it's a great place to put any vehicle through it towing paces. We won't spoil the video for you, but all we can say is that the Land Rover Defender is a pretty good all-arounder, no matter how you look at it.