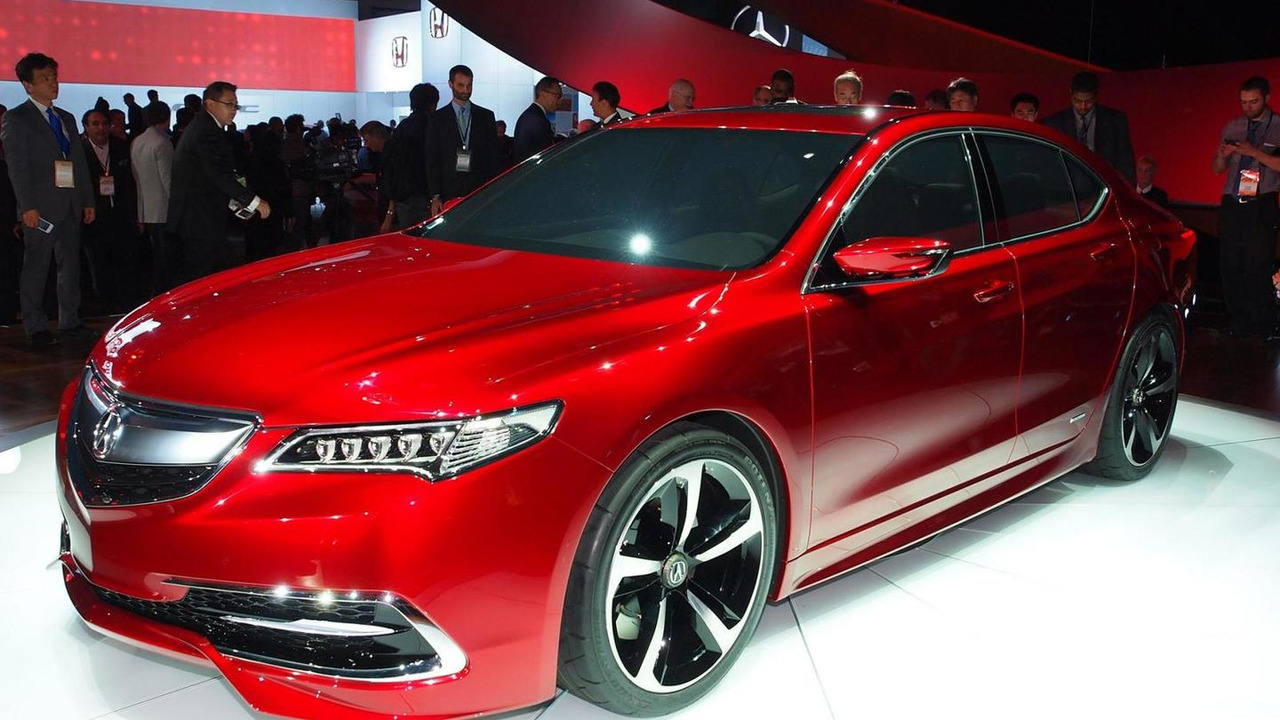 Acura has unveiled the TLX prototype at the North American International Auto Show. It previews the 2015 production model.

Acura has unveiled the TLX prototype at the North American International Auto Show.

Designed to preview the production model that will go on sale later this year, the prototype is being described as a "Red Carpet Athlete" that will "deliver a compelling blend of luxury refinement and sports-sedan athleticism."

Dressed in Athletic Red Pearl paint, the TLX has an angular front end with a prominent grille that is flanked by Jewel Eye LED headlights. Moving further back, we can see a sculpted hood, aerodynamic side skirts and 20-inch alloy wheels.

The TLX is 3.8 inches shorter than the TL but rides on the same 109.3 inch wheelbase. This means the car will have a spacious cabin with "comfortable seating for five adults."

When the production model goes on sale, it will be offered with two different engines including a 2.4-liter four-cylinder that is connected to an eight-speed dual clutch transmission and a 3.5-liter V6 which is paired to a nine-speed automatic. Performance specifications were not released but Acura says the engines will have "EPA fuel economy ratings at the top of the midsize luxury sedan class."

Front wheel drive models will be equipped with the next-generation Precision All-Wheel Steer (P-AWS) system, while models with the 3.5-liter V6 can be outfitted with a next-generation Super-Handling All Wheel Drive (SH-AWD) system that has a new "torque-vectoring control logic."

Regardless of which engine is selected, all TLXs will have an Integrated Dynamics System with four different modes: ECON (Economy), Normal, Sport and Sport+. Acura says the system will adjust the Electric Power Steering (EPS), throttle response, SH-AWD / P-AWS control logic, transmission shift mapping, Active Noise Control settings and HVAC control in accordance with the preferences of the driver.