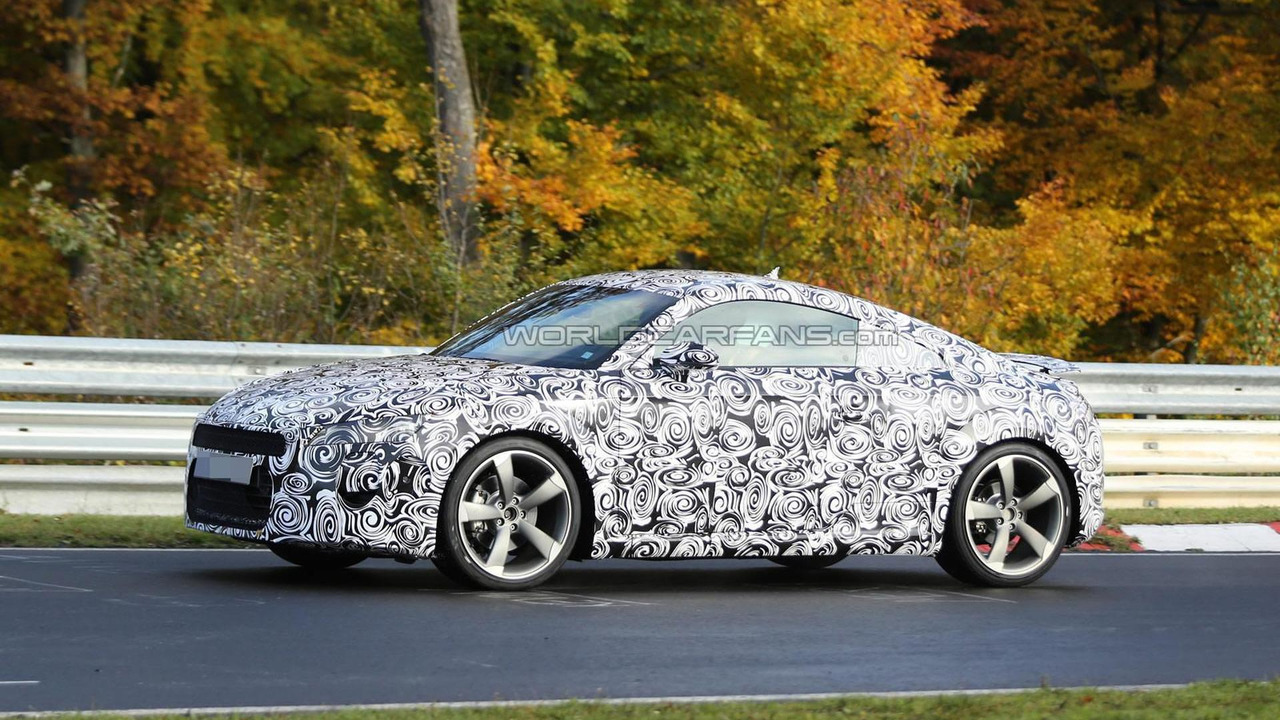 Audi technical boss Ulrich Hackenberg has announced the third generation of the TT will be unveiled in March at the 2014 Geneva Motor Show.

Audi technical boss Ulrich Hackenberg has announced the third generation of the TT will be unveiled in March at the 2014 Geneva Motor Show.

Audi is showing these days at NAIAS the allroad shooting brake concept which likely serves as a preview for the TT's design which won't stray away too far from current Audis. The vehicle will ride on Volkswagen's MQB platform and is expected to be offered with several engines like a 1.8-liter TFSI with 180 HP (132 kW) and a larger 2.0-liter TFSI rated at 220 HP (162 kW) and 300 HP (221 kW). There also should be a hotter TT-RS with a 5-cylinder turbo outputting 380 HP (279 kW).

The Ingolstadt-based firm already revealed most of the car's cabin earlier this month at CES where the highlight was on the massive 12.3-inch TFT display. The interior also hosted a flat-bottomed steering wheel, circular air vents with built-in climate control knob, along with an aluminum trim and S sport seats incorporating headrests and pneumatically adjustable side bolsters.

Ulrich Hackenberg said the new TT has what it takes to expand the lineup with a crossover model following the footsteps of the aforementioned concept.