The little Bimmer that could.

The BMW M2 was already a very capable automobile out of the box. However, as the German automaker always strives to improve on its driving machines, several faster editions were made. So what makes the latest M2 CS tick? Sport Auto took to the Nürburgring to find out in its latest video.

Under the hood lies the S55 3-liter inline-six engine producing 444 horsepower (326 kilowatts) and 406 pound-feet (550 Newton-meters) of torque; while very good, this could be its swan song. As European emission requirements keep tightening down the engine’s muzzle, BMW decided to stop further development.

The Bimmer in the video is fitted with a set of Michelin Pilot Sport Cup 2 tires with 245/35 R19s up front and 265/35 R19s in the rear. While we’re unsure of conditions during the lap, the Michelin rubber appeared to handle the Green Hell with relative ease. We obviously weren’t behind the wheel, but the car maintained its level of grip and behavior from Hatzenbach corner all the way to Kesselchen.

The CS receives much more than an increase in power and some sticky rubber. Other features include an Active M differential and Adaptive M suspension. It’s not ‘90s F1 level tech, but BMW says the system can adjust damper settings to provide an optimal experience in a variety of driving situations. 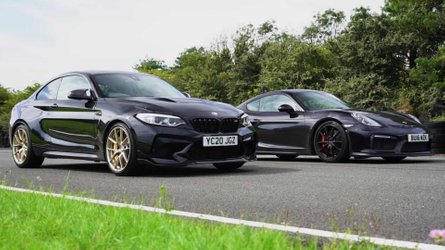 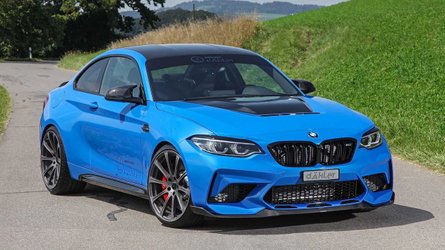 The M2 also receives lighter wheels and heftier brakes. While the wheels are an upgrade in the aesthetic department, the new hoops also reduce the unsprung mass of the car. Saving weight from the car itself is all well and good, but unsprung weight has a more profound effect than anything.

All of the improvements allowed Sport Auto’s Christian Gebhardt to fire the Bimmer around the ‘Ring in a time of 7 minutes and 42 seconds. If BMW wanted to set an official lap time they would most likely source a factory driver for a more representative result. However, any lap around the Nordschleife at full-chat is an achievement in itself.