At first glance, this Chevrolet COPO Camaro looks like any other cookie-cutter drag racing package. It has all the things you’d expect from its Mopar and Ford Performance counterparts: a big hood scoop, drag radials, and a TH400 quick shift gearbox. So what makes this beast capable of an 8.5-second quarter-mile?

Starting under the hood, the bowtie brand is offering a naturally aspirated LSX-based 427 cubic-inch motor or a smaller 350 cubic-inch supercharged version based on the same architecture. While horsepower figures for the bigger option aren’t available yet, we can confidently say that the smaller version with a 2.6-liter blower will only put out 570 horsepower (425 kilowatts). But wait, what does COPO stand for?

For the uninitiated, it stands for Central Office Production Order, a cunning method that the automaker used to get around the corporate performance limits of the late 1960s. The loophole meant that Chevrolet dealerships could make unique high-performance versions while staying out of trouble.

Sure, you’ve heard the power is everything argument a million times, but it’s clear that this package isn’t just a bench racer. It appears to have all the goodies that would even make John Force feel right at home. The vehicle is fitted with a carbon fiber air inlet, dual batteries, weight box, parachute, wheelie-bar, and Hoosier drag radials – it would look right at home staging on the start line of a Pro-Stock NHRA event. 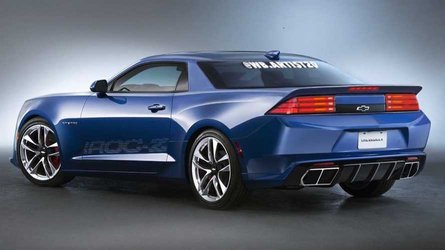 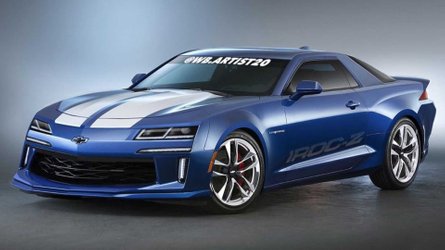 While only 69 of these drag beasts are produced every year, this one-of-one example is painted Hugger Orange, which is one of seven original COPO paint codes on offer. Along with this scheme, Chevy is letting customers lucky enough to get one the ability to customize it to their heart’s content.

While it may not be as fast as the race-ready options from Dodge and Ford, it’s hard to argue with the exclusivity that comes with the COPO.