It should arrive by the end of the year.

The last time we saw the new BMW 4 Series Convertible, we were still getting used to the coupe's polarizing design. Now, new spy photos are in that all but reveal the drop-top completely, leaving just some swirl wrap on the back section of the car that, frankly, doesn’t hide much.

This particular test vehicle appears to be a 430i model, based on the milder front fascia and standard dual exhaust outlets at the rear. It’s arguably the better-looking of the 4 Series trims – the M440i wields a front fascia with massive corner vents and a myriad of body lines that accentuate the big double kidney grille. The 430’s lines are smoother and simpler, and on this prototype, it creates a rather clean look.

Of course, the changes versus the hardtop come at the rear where designers have to blend the folding roof with the 4 Series’ sweeping lines. The third brake light obviously moves to the trunk, which is considerably flatter than what you’ll see on the coupe. Really, the only question left on design is seeing exactly how the revised backside flows into rear fascia, which should be identical under that wrap.

At launch, the 4 Series offers a 2.0-liter turbocharged four-cylinder in the 430, producing 255 horsepower (190 kilowatts) for either the rear wheels or all four. The up-spec M440 gets the 3.0-liter inline-six, boosted to generate 382 hp (285 kW) and a 0-60 mph sprint of 4.3 seconds. European buyers also have a range of diesel engines, though at this time it’s unclear if all those engine options will be available for the convertible.

Get To Know The 4 Series: 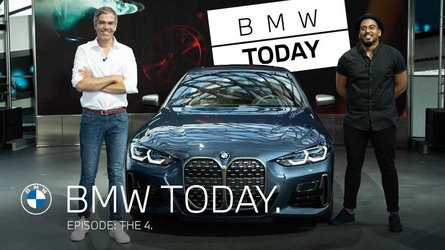 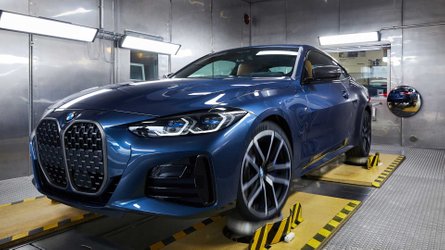 The coupe debuted to the world in early June, with a global launch coming in October. The rumor mill is quiet on the convertible’s debut, and with all major auto shows canceled for 2020, a reveal could happen anytime. However, an event in September coinciding with the traditional timeframe of the Frankfurt Motor Show is a distinct possibility.