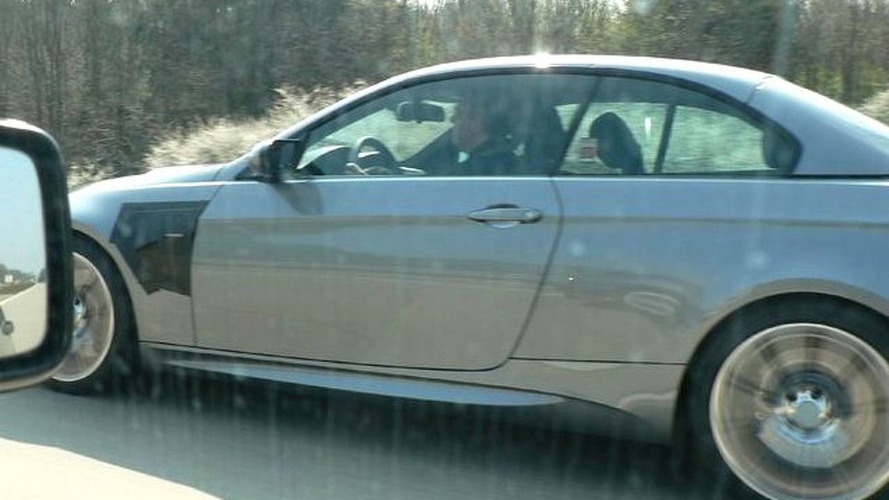 One of the very first WCF blog posts was this spy video of the BMW M3 Coupe nailing it on the Autobahn prior to its conceptual launch in Geneva. The video was captured by a member of forum site M3post.com and its seems the enthusiastic community has done it again. But this time its only static shots of the M3 Convertible.

With the M3 Coupe official details already revealed, the M3 Convertible is expected to make its public debut at this year's Frankfurt Motor Show and then market launch in spring 2008. Just like the 3 Series Coupe Convertible, it has a three piece retractable roof. Expect the same 420hp V8 engine and SMG/6-speed options with a DSG double clutch system arriving later. More photos at M3post.com.