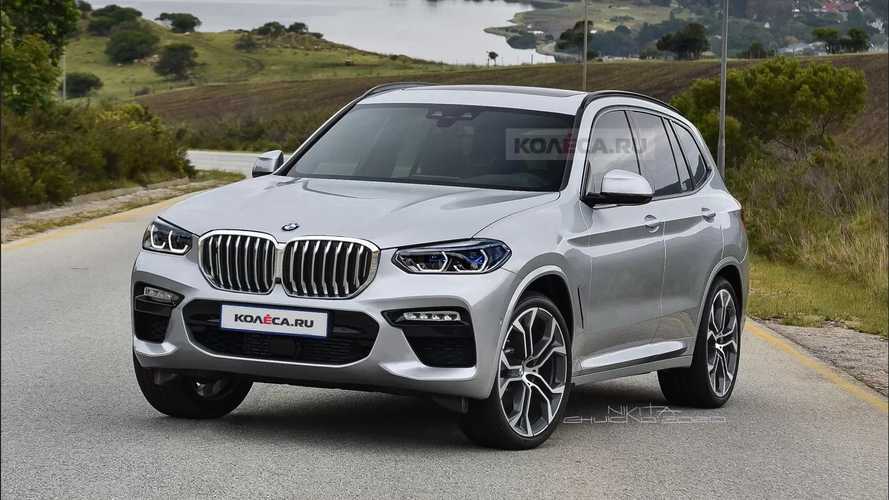 An updated BMW X3 is coming. Our first spy photos of the compact SUV just hit our inbox at the beginning of August, showing tweaks to the X3’s front and rear fascias. To make that come alive, Nikita Chuiko at Kolesa.ru already has a pair of renderings depicting how the final product may look.

Most mid-cycle refreshes from BMW tend to be conservative, and that’s the approach taken in these renderings. The grille does grow slightly, as is the trend with pretty much every automaker these days. We don’t have reason to believe the X3 will go the same direction as the 4 Series, and that’s reflected here. Slimmer headlights and reshaped air intakes on the lower fascia could draw inspiration from the X5, as do the trapezoid exhaust outlets at the rear. Taillights should also slim down slightly, but the primary takeaway here is that, if you like the current X3, you’ll probably like the new one.

How accurate are these renderings to the final product? That’s a question that obviously won’t be answered until the new X3 is officially revealed, but our first prototype sighting showed a vehicle with standard dual exhaust pipes at the back. The exact size of the grille and the design of the lower air intakes could vary slightly as well. The rest of the package should be the same X3 we’ve had since 2017, though small interior trim changes could grace driver and passengers. Such things aren’t depicted in these exterior renderings, however.

X Gonna Give It To Ya:

With our first X3 sighting just a few days old as of this post, there’s likely still a long time to wait before the reveal happens. Even with minor changes, we’re likely looking at a European reveal sometime next year. That means the U.S. market might not see a refreshed X3 until the 2022 model year.