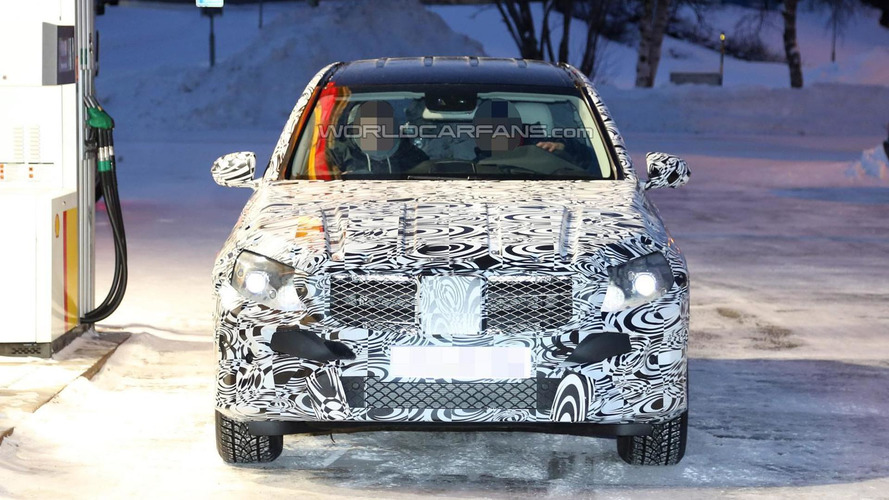 A prototype of the 2015 Mercedes-Benz GLK was spied undergoing cold weather testing in northern Europe.

A prototype of the 2015 Mercedes-Benz GLK was spied undergoing cold weather testing in northern Europe.

Now that Mercedes-Benz has the 2014 GLA in its lineup as an entry-level crossover solution, the second generation of the GLK will have to grow in size in order to distance itself from the A-Class-based crossover so it's no surprise this prototype shows increased dimensions. The wheelbase has been stretched which means more room inside the cabin while the roofline was lowered to give the vehicle a sleeker appearance.

It also seems to be a bit wider than the outgoing model and overall it adopts a sportier look which will probably extended the car's customer base compared to the current GLK which targets a more mature crowd. The vehicle will be based on the new C-Class and for the first time it will be engineered for RHD markets so it will probably end up in showrooms in Japan, Australia and UK.

The GLK 250 will likely receive a new 1.8-liter four-cylinder turbo whereas the BlueTEC GLK 250 version will continue with a frugal 2.1-liter diesel four-banger. As for the beefier GLK 350, this version will be powered by a V6 engine which could be topped by a possible AMG variant.

An official reveal should occur before the end of 2014.