2021 Hyundai Santa Fe, Venue To Get Substantial Updates In The US 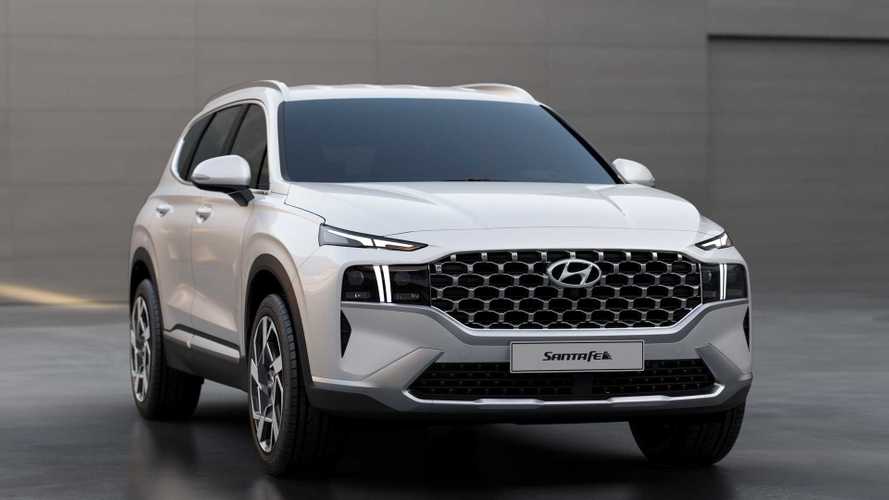 It's about time for one of Hyundai's most important models in America.

Hyundai has officially announced its 2021 model lineup in the U.S. While one of the important updates we've spotted was the demise of the Elantra GT and Elantra GT N Line, there are other changes in the range that need to be pointed out – particularly with the South Korean marque's crossovers.
Most of the models are carried over from the outgoing versions, such as the Kona and Tucson, which either get a new trim (Kona Night Edition) or a new color option (Tucson Coliseum Gray). The Palisade, on the other hand, is mostly carried over apart from the addition of the top-spec Calligraphy trim, as is the Nexo which will enter 2021 without any changes.

The Santa Fe is probably one of the more controversial information in the said official release. Hyundai marked its 2021 Santa Fe as getting "product enhancement," which kind of a vague phrasing for a vehicle to get a heavily-revamped facelift.

Take note that the Santa Fe already gets a refreshed model outside the U.S. The facelifted crossover now rides on a new platform and carries a bold design marked mainly by its huge grille and Palisade-like DRLs. It also gets a 265-horsepower PHEV version in Europe, but we have yet to see if that will enter the US market as well.

In any case, the Santa Fe is already due for a facelift, so we'll more likely see the global-spec model in America soon. All we're waiting for is an official release.

Now, how about the Hyundai Venue? The pint-sized crossover will be dropping the six-speed manual transmission and steel wheels on the base SE trim. Other items included in the Convenience Package and standard on the top-spec Denim trim are now standard with the SEL. The only thing that separates the Denim trim from the SEL is the exclusive Denim color with white roof.

Hyundai is yet to announce the pricing for the 2021 models.