Ford Releases Own Video Of 2021 Bronco Rock Crawling In Moab

You may want to mute your speakers for this one.

By now, you should know that Ford is serious in standing behind the Built Wild catchphrase that comes with the 2021 Bronco. We have seen the Blue Oval test the iconic off-roader in its natural habitat – on roads (or lack thereof) that only a few cars would dare go.

We've seen the Bronco's attempt to conquer the Rubicon trail in California last week, but it was a lackluster performance that can be blamed at the man behind the steering wheel. Footage of a better attempt was uploaded a day later.

This time, Ford releases an official video of the Bronco prototypes doing some tests in Moab, Utah. The eight-minute clip, released through the Bronco Nation YouTube channel, is embedded on top of this page. You might want to mute your speakers, though, as the music kind of takes away from what Ford is trying to accomplish.

There's another footage of the Sasquatch-equipped Bronco uploaded by Bronco6G Forum, which you can watch below.

Expect to see more of the bucking horse in action in the days or weeks to come. As we've said, it looks like Ford is going for the kill with the Bronco and these tests will give the Blue Oval more insights to improve the iconic nameplate before it goes into production.

What do you think of the Bronco's performance in the videos above? Let us know your thoughts in the comments section below. 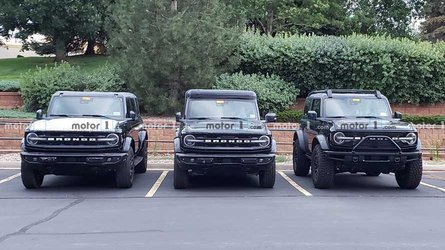 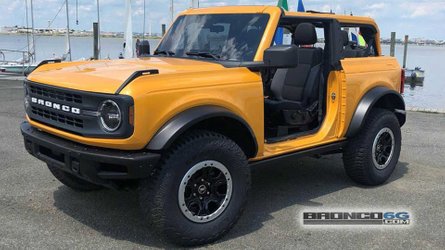