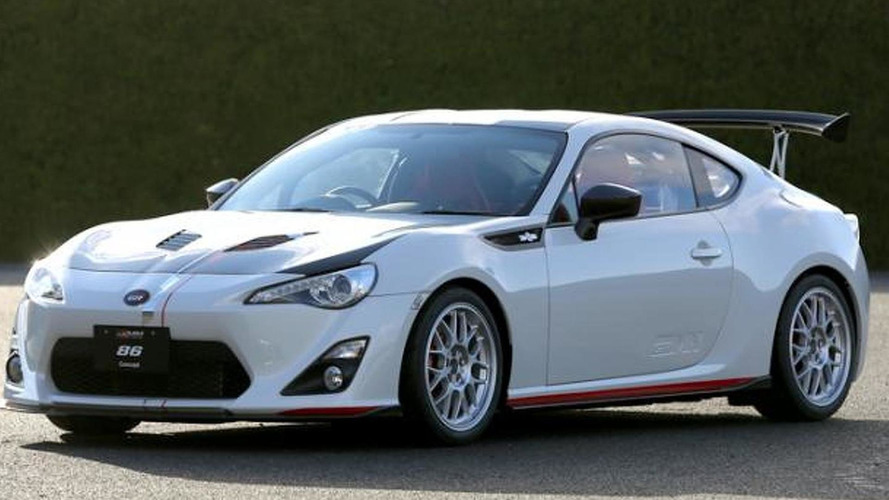 Gazoo Racing has officially unveiled the GRMN 86 concept at the Tokyo Auto Salon.

Gazoo Racing has officially unveiled the GRMN 86 concept at the Tokyo Auto Salon.

Looking bold an aggressive, the concept "incorporates the technical expertise gained through the 24 Hours Nürburgring endurance race." As a result, Toyota says it has a lower center of gravity, an enhanced powertrain and improved rigidity.

Starting with the exterior, the model has been equipped with a number of carbon fiber components including the roof, hood and trunk. The coupe also has polycarbonate windows to reduce weight.

Detailed performance specifications were not released but the concept has a 2.0-liter four-cylinder engine that produces at least 200 HP (147 kW) and 205 Nm (151 lb-ft) of torque. It is connected to a six-speed manual transmission which should ensure the 1,200 kg (2645 lb) coupe is relatively quick.

Speaking of performance, the concept also has a sport-tuned suspension, carbon ceramic brakes and a mechanical differential.