A head-to-head battle between Ford performance trucks, with almost two decades in between.

The SVT Lightning was a gem in the seven-decade history of the Ford F-150. Spanning over two generations with a three-year hiatus in between, the performance-focused truck has become a favorite among truck enthusiasts who want a lightning-fast yet burly truck.

Sadly, Ford dropped the SVT Lightning in the 2004 11th-generation revamp of the best-selling truck, which marked the end of the nameplate. We still see samples of these regular cab models on the road, though, and they really look badass.

But how does the SVT Lightning compare against a modern F-150 Raptor? That's probably a question that some truck fans have in mind right now, and StangMode aims to answer that in his recently uploaded video on YouTube.

We're talking about on-road performance, of course, since the lowered suspension of the SVT Lightning makes it an underdog against the Baja-conquering Raptor. On pavement and on paper, however, the 20-year-old truck has a slim chance.

The SVT Lightning is powered by a 5.4-liter Triton SOHC V8 that's equipped with an Eaton M112 supercharger. Its first iteration, which is the one featured on the video on top, makes up to 360 horsepower (268 kilowatts) and 440 pound-feet (597 Newton-meters) of torque, sent to the rear wheels via four-speed Ford 4R100 overdrive automatic transmission. 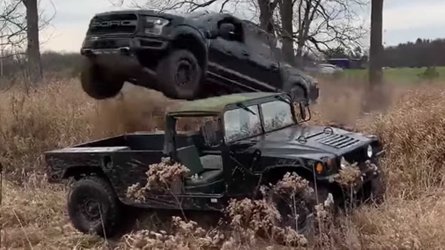 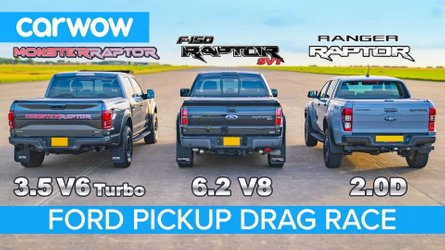 Take note, however, that the SVT Lightning weighs substantially less than the Raptor by around 1,000 pounds. With that said, which do you think won this drag race? Watch the video on top.