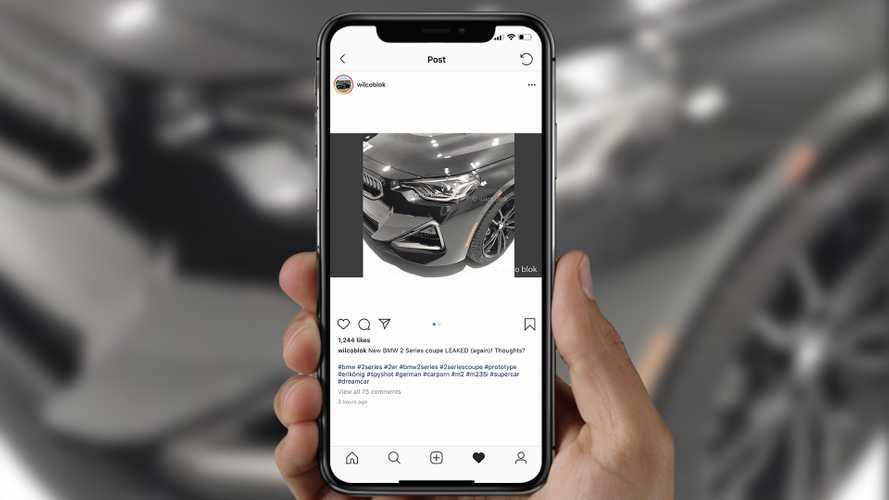 Early last month, we've caught the BMW 2 Series Coupe prototype testing for the first time in Mexico. It's the latest generation of the long-awaited rear-wheel-drive BMW, and many fans and purists lauded the fact that it will stay tail-happy for the revamped model – unlike the four-door 2 Series Gran Coupe, but I digress.

This time around, naked images of the alleged next 2 Series Coupe surfaced, as posted by Instagram user wilcoblok. The social media post contains two images, the car's front and back, and many things can be deduced if we're to believe its authenticity.

First off, these unconcealed photos align with the previously leaked images that came out last April. The non-giant grille is there (hooray!), along with the aggressively styled bumper and dimples. What differs this time is what seems to be moveable flaps of an active kidney grille that's found on bigger BMWs. It seems to be fully closed on the photo above.

And oh, see those orange markers on the wheel arch? That could mean that we're looking at the U.S.-spec 2 Series Coupe. But then again, we could be wrong, so take these speculations with a healthy dose of skepticism.

The rear image (swipe right on the embedded image above or go to the actual Instagram post) doesn't reveal much. The photo is in noir and lacks a rear badge, although we could see that this alleged prototype has dual exhaust tips and trunk lip spoiler, which tells us that this could be the M420i Coupe.

Adopting the 3 Series CLAR platform and expected to carry an inline-six underneath its hood, the upcoming two-door 2 Series is expected to debut sometime next year. The regular and M Performance variant will likely be revealed first. Expect the M2 by 2022, the earliest.

Save Thousands On A New BMW 2 Series