When the Mercury Cougar came out in the late 1960s, it was a fantastic option for those looking for a vehicle that fit between the Mustang and the Thunderbird. To be honest, it was essentially a Mustang underneath, albeit slightly longer in wheelbase and with an actual roomy backseat. Performance-wise, they were pretty solid with engines ranging from lower horsepower V8s to those shared with the Mustang for bigger numbers, plus this doesn't take into account that the aftermarket and modding scene is pretty good with these cars, especially in the earlier generations. What we didn't know, however, was that the Mercury Cougar has some pretty good hood hinges.

Yes, forget about horsepower, period-correctness, and the amount of money you're about to throw into your next project car; nothing will come close to the ability of a Mercury Cougar to take a head-on crash, have its hood pop open, and take you down the freeway with the wind in your hair and your vision obscured. Not by the speed, mind you. As evidenced by this man in San Jose California who was spotted doing freeway speeds with his vision obscured by the hood of his awesome second-generation Mercury Cougar. See how the hood hasn't bent at all?

Who Else Misses The Mercury Cougar? 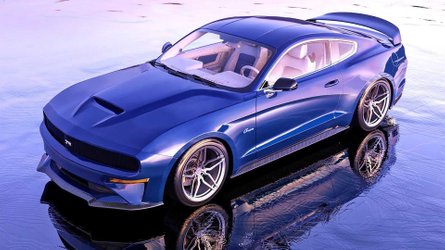 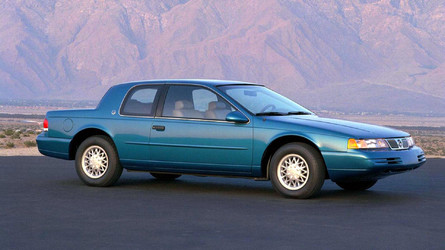 From the looks of it, and the video does lack any context, the Mercury Cougar driver seen here is probably making his way to his garage or repair shop after an accident. The front-end damage looks cosmetic with those fenders needing replacements. Oh, and he's missing a door, too. Seems to run fine, though. On a more serious note, let us be the first to say that this is extremely unsafe behavior, and it's funny until someone gets hurt or an accident is caused, and we're pretty sure that this is a surefire way to get yourself pulled over by highway patrol in an instant.