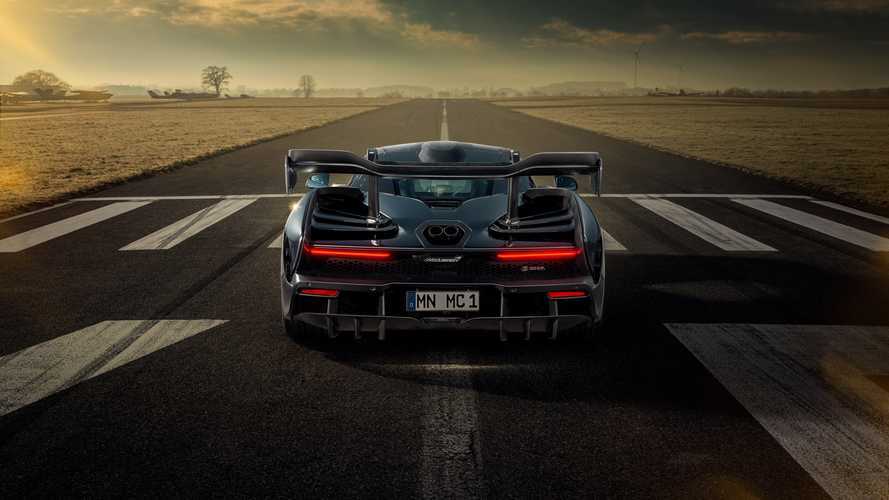 The 720S GT3 called, it wants its exhaust back.

When McLaren released the Senna, it set a new paradigm for what a supercar can be. The last thing anybody thought about was making the vehicle faster than it already was. That was until Novitec came along and upgraded the engine to output over 900 horsepower (671 kilowatts). In his latest video, Shmee takes a look at what makes the McLaren tick.

For the uninitiated, Novitec is a German tuning company that lights a fire under some of the world’s most exclusive supercars. While its first aim is to add power, the tuner wants to produce a complete package at the end. If they give a car more puff, it should have better brakes, more grip, and better cooling. Gone is the way of adding mass amounts of power and tossing the anchor overboard.

At first glance, the new and improved Senna looks very similar to the standard model. That’s not entirely surprising, as Shmee mentions that the biggest mods are an additional 100 hp (75 kW), race exhaust, and new wheels. That said, the vehicle is much greater than the sum of its parts.

While the extra power and new wheels are notable modifications, the new exhaust is this vehicle’s party piece. The system sounds indiscernible from a GT3 machine getting warmed up in a race garage. Aside from the race car noise, the new pipes are constructed from Inconel, a metal alloy of chromium and nickel generally reserved for the aerospace industry. The material’s high heat resistance means that the exhaust can be made thinner and lighter.