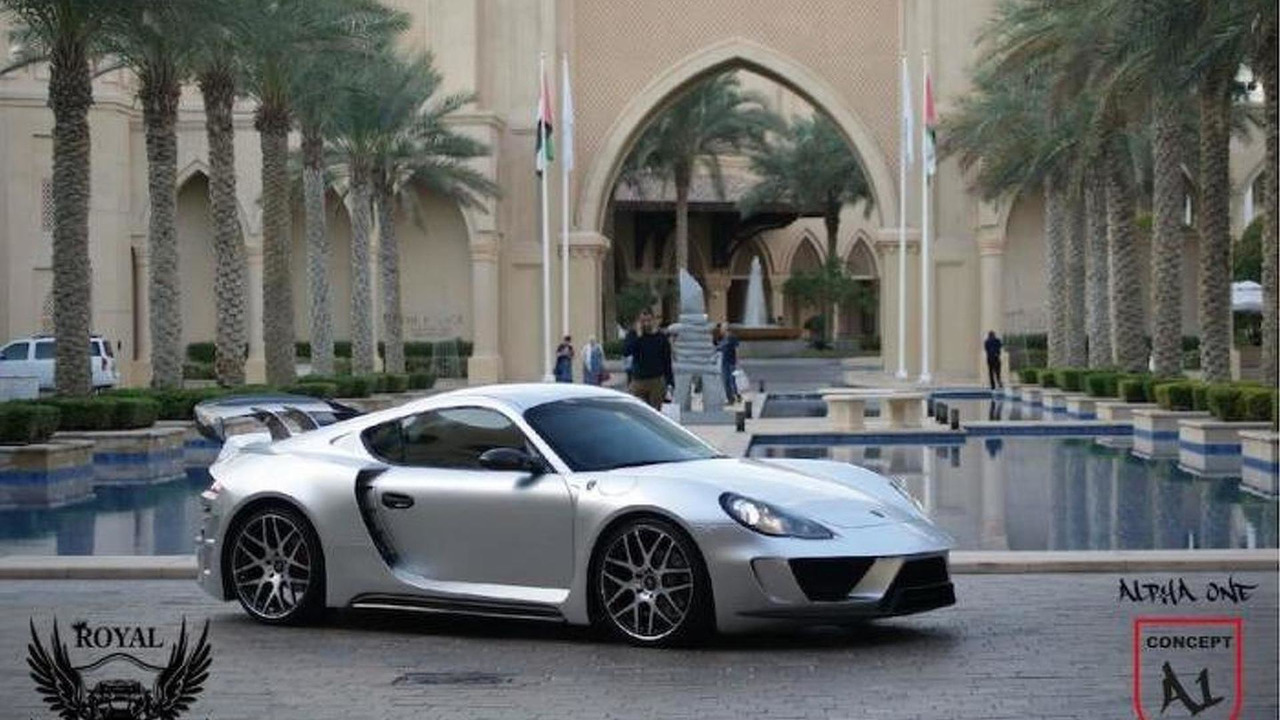 Royal Customs from Dubai is introducing an over-the-top tuning kit for the Porsche Cayman labeled as the "Alpha 1 Concept."

[update] Alpha-N Performance GmbH has sent us an e-mail regarding the story. They say Royal Customs have copied their design and name after the tuning kit previewed in 2012 which was based on the previous-gen Cayman.

Royal Customs from Dubai is introducing an over-the-top tuning kit for the Porsche Cayman labeled as the "Alpha 1 Concept."

The UAE-based aftermarket firm has been working on an extremely wide body kit for the Cayman ever since the car was introduced back in November 2012 at the Los Angeles Auto Show. The Alpha 1 Concept will be limited to just three units and the production process will take one month per car.

The wide bodykit will come with several carbon fiber bits and pieces, huge air vents, together with a large rear wing, a quad exhaust arrangement, rear diffuser and a bespoke exterior paint. The taillights seem to be taken from the 911 while the double seven-spoke alloys seem massive.

At this moment it's not known whether there are some hardware upgrades but most likely the car will be based on the hotter Cayman S which has a 325 HP flat-six 3.4-liter engine. Output is expected to receive an increase which should slash a good chunk from the Boxster coupe's 0-62 mph (0-100 km/h) 4.7s sprint time.

Special thanks go to Emil for sending us the tip!

Gallery: Alpha 1 Concept based on the Porsche Cayman might just be crazy enough to work