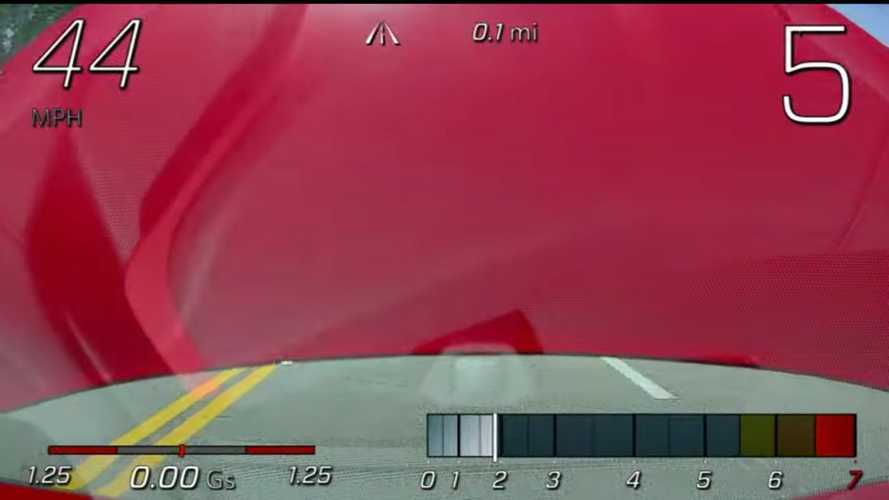 The 2020 Chevrolet Corvette C8 is an impressive vehicle, but owners are experiencing a potentially serious issue of the hood flying open at relatively sedate speeds. A new video (embedded below) from a 'Vette's Performance Data Recorder captures the problem happening.

The driver pulls out of a parking lot onto a street. The person is driving normally but at about 43 miles per hour (69 kilometers per hour) the hood flies open. The piece obscures the visibility of the road. The owner is able to pull over safely and close the panel.

There's no audio, but the owner seems very calm about his hood flying open. According to the YouTube description, when the panel unlatched it damaged the hinges and chipped some paint. He snapped some photos of the aftermath and then hit the road again.

He must feel fairly confident in the trunk remaining closed and not opening again because the driver does over 43 mph for an extended period. The panel doesn't unlatch, though.

The Corvette Appears To Have A Problem:

2020 Chevy Corvette Getting Complaints Over Frunk Opening While Driving

General Motors is aware of the issue and is working on a solution. The company released a statement on the issue:

"After isolated reports of 2020 Chevrolet Corvette hoods being inadvertently left open while being driven, the engineering team is investigating the potential issue and will be working to prevent them moving forward. We have not been able to identify any mechanical issues related this situation. We’re looking at ways we can improve warnings of the hood being open by increasing the volume of warning chimes and changing the messaging that appears in the DIC. Vehicles already in the field would receive these changes through over-the-air updates."

As of this writing, the National Highway Traffic Safety Administration has nine complaints about the 2020 Corvette. Eight of them are about the hood opening while driving. The most recent incident report there was on August 3.