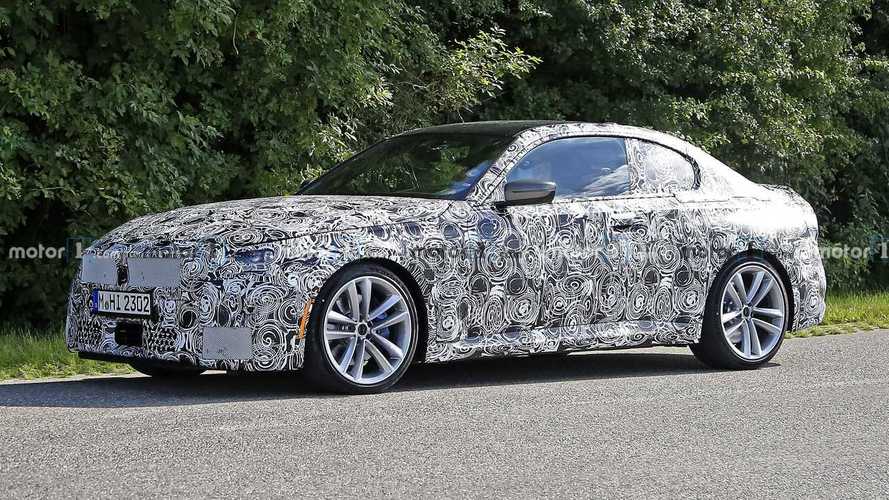 No front-wheel-drive shenanigans as the sports coupe will remain RWD.

If you’re old enough to remember, model designations actually meant something a couple of decades ago. Things have taken a turn in the wrong direction in recent years and BMW’s 2 Series family is a prime example of a confusing lineup caused by the mix between front- and rear-wheel-drive models.

While the core model – 2 Series Coupe – is and will remain true to BMW’s ethos by keeping the RWD layout, the 2 Series Active Tourer minivan along with the 2 Series Gran Coupe are riding on a much-criticized FWD architecture. Our spies have now caught the only member of the 2 Series lineup that BMW purists care about, namely the tail-happy coupe.

The RWD proportions of these prototypes are pretty obvious, and we’re inclined to believe BMW was testing a hotter version of the new 2 Series. Judging by the large wheels, trunk lid spoiler, and the fat exhaust tips, chances are we’re dealing with an M Performance model of some sort. Whether it’s called the M240i or not is too soon to say, but there’s a pretty good chance it’s packing an inline-six engine under that camouflaged hood that seems to have a subtle bulge.

While we’ve seen spy shots before, this is our first opportunity to take a peek inside the cabin. Some would’ve probably wanted a bit more variety, but it looks like the 2 Series Coupe will largely inherit the dashboard design from the 2 Series Gran Coupe and the not-for-America 1 Series hatchback. These are prototypes, so there might be some changes here and there on the production model, but nothing to write home about.

Even though the interior will have a lot in common with BMW’s front-wheel-drive cars, the new two-door 2 Series will be related to the 3 Series underneath the skin by adopting the CLAR platform. Sitting on top of the range will obviously be a new M2 expected to get the same S58 engine as the next M3 and M4 as well as the already available X3 M and X4 M. It will obviously be detuned in order to avoid stepping on the M4’s toes, but given the M2’s smaller footprint and lower weight, it should be a real hoot.

The wraps should come off sometime next year, although logic tells us only the regular 2 Series Coupe models and maybe the M Performance variant will be introduced. We’ll likely have to wait until 2022 at the earliest for the full-fat M model.

Save Thousands On A New BMW 2 Series